Why are these illegal? 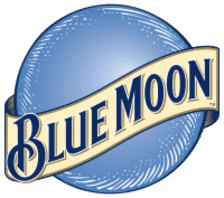 Who cares if this logo is on barware?

Michigan has the strongest restrictions on branded barware in the nation and the Legislature is considering whether it should turn those administrative rules into law.

When politicians are voting on a bill that would forbid bars and restaurants from receiving products with brand logos on them, it is easy to understand the cynicism of politics. How many people in the state really care whether pint glasses and napkins have promotional items printed on them?

Legislators in Lansing are considering a slew of bills (notably: House Bills 4709, 4710, 4711, 4046 and 4257 and Senate Bills 505, 650 and 651) that would relax some of the laws on breweries, mostly allowing for more flexibility. Since alcohol control rules do not positively affect public health or safety, Michigan should consider curtailing or eliminating the Liquor Control Commission, ending the distributor monopoly and reforming most rules. The current proposals are far from achieving those things, but at least most are a step in the right direction.

But one bill is causing a hang up. Senate Bill 505 would "codify in law an administrative prohibition on alcohol manufacturers, sellers, and distributors of alcohol giving bars and restaurants items that promoted brands and prices of their products, including things like glasses with brand logos, etc."

The bill is tie-barred to several others — meaning all or none become law — and is said to be the hold up in the state House of Representatives.

Some craft brewers like this Prohibition-era law because it would restrict their competition. But government should not be picking and choosing winners and losers in the marketplace especially on something that has virtually no impact on most Michigan taxpayers and alcohol consumers.