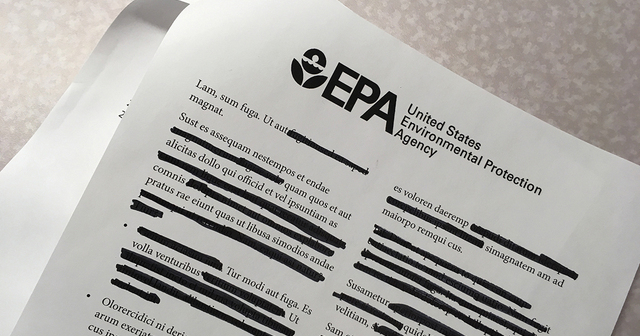 Legislators should reform the open-records law when they return to Lansing in the fall.
Publications / Viewpoints

I like to golf. I do so occasionally — and poorly.

Years ago, while reading a golf magazine, I realized the current issue featured Tiger Woods a lot. More than a lot, actually. Counting both articles and advertisements, he was featured on every page. It was at the height of his career, just before his game collapsed from personal scandal and injury.

A similar ubiquity can be seen in today’s journalism: Pages, websites and social platforms are filled with references to President Donald Trump.

In short, there’s no lack of free-market ideas for lawmakers to consider. The question is whether they’re willing to act.

The current fascination with the spectacle that is the Trump presidency could hide the substance in plain sight. A corollary: Political observers could become weary from the 24/7 dopamine hits that come from watching Trump’s catch-me-if-you-can style of governance. There’s a danger for those who observe or work in public policy in states, as well: The intensity of the star in Washington could distract from work closer to home.

Michigan lawmakers return to Lansing this month after a summer break and they will have a few months of productive “session days” in which to enact new ideas. What should they do?

The state of Michigan requires people to obtain a license in order to work in more than 160 occupations. More than 20 percent of Michigan workers now need the government’s permission to pursue their chosen work. While some licenses contribute directly to public health and safety, others do not. Michigan’s regulatory scheme is an arbitrary and inconsistent patchwork that reduces employment and increases costs for consumers. Gov. Rick Snyder has called for abandoning unnecessary licensing requirements and the Legislature could tackle the issue this fall.

In Michigan, law enforcement officers can confiscate a person’s money and property without ever arresting or charging its owner with a crime. The burden is then placed on the individual to initiate legal proceeding to recover the forfeited property. While the policing tactic is often used for drug enforcement, the process is opaque and ripe for abuse. Michigan took a modest step in 2015 by introducing some transparency into the process. Law enforcement agencies must now file reports on property seized and the Michigan State Police issue an annual report on the practice. Of the people whose property was seized last year, ten percent were not charged with a crime. The Legislature could put more constraints on this unfair practice by letting it be used only when a defendant is convicted of a crime.

They say it’s “not your grandfather’s union,” but that may be inaccurate. Most union members in Michigan are represented by a union that was voted in by workers from generations long gone. The rules for workers to remove a union are difficult, so once a union is selected, it tends to stay in place — often for decades. It’s time for government unions to embrace a more democratic practice by giving workers a vote to retain or remove their union.

The Michigan House passed an impressive package of transparency reforms earlier this year. The bills would open up public records within the executive and legislative branches that have been sealed since the Freedom of Information Act was adopted in the 1970s. The tragedy of the Flint water crisis provided the context for legislative action as lawmakers on both sides of the aisle agreed that the people deserve to review the decisions of elected officials. The Michigan Senate, unfortunately, did not receive the bills enthusiastically and the reform could die. Senate Majority Leader Arlan Meekhof has expressed concerns about opening legislative records.

A middle ground could be to review the legislative and executive bills separately and advance the executive transparency bills. As a candidate, Snyder said he supported applying FOIA to the governor’s office. At least two people likely to be gubernatorial candidates next year have called for a similar reform.

In short, there’s no lack of free-market ideas for lawmakers to consider. The question is whether they’re willing to act.