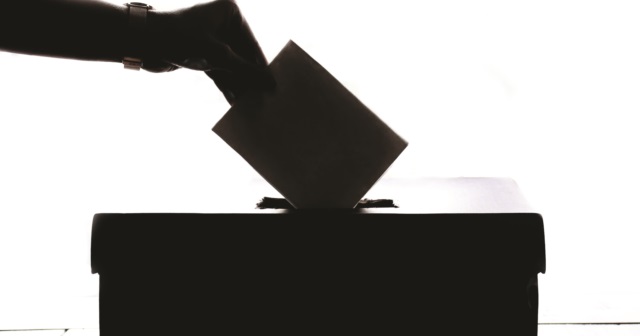 In Michigan, the burden to finance a school’s buildings falls almost entirely on a district’s local taxpayers, with little more than indirect support coming from the state. But some voters say they have a hard time finding out about elections that districts hold to ask for more money. Last year, a group of citizens in an Upper Peninsula community expressed their frustrations with an August school bond election. Voters, they say, did not receive adequate notification from the district, and about three in four voters failed to turn out. The measure narrowly passed.

Less than 20 years ago, districts had wide latitude in when they held tax elections, leading to what were often dubbed “stealth elections.” As a result of a 2003 law (then modified in 2015), districts can hold elections on three Tuesdays in the year: the Tuesday after the first Monday in May, August and November.

Every four years, though, districts get a bonus date: They can ask voters to approve a tax measure during the presidential primary. On March 10, then, some Michigan voters may hardly notice the tax-raising proposals that will appear on the primary ballot. Nolan Finley raised the alarm in a recent column for The Detroit News, arguing that “the tax grabbers believe the anticipated larger turnout of Democrats will skew toward those voters more sympathetic to tax hikes.”

At last count, the state reports that 11 school districts have scheduled bond elections for March 10, and 21 have scheduled one for May 5. But the count only includes “qualified” bond elections, in which districts can borrow funds through the state and use its credit rating. Records of other bond elections are scarce and inexact, but they include one of the largest Michigan has seen in recent memory: a $1 billion proposal Ann Arbor voters approved last November.

Finley notes that only one-third of Michigan voters turned out for the March 2016 primary, high by historical standards. By comparison, one-half of all voters turn out for November general elections.

Taking on the obligation of more debt must be weighed against the purported benefits of a construction or renovation project, especially since roughly 80% of Michigan school districts have, over time, seen student enrollment decline. Students deserve access to clean, safe facilities, but figuring out the right amount of space and the right configuration for future needs can be a challenge.

A small number of states require a supermajority of voters to agree to a tax increase before districts get the extra funds they desire. But a better approach would be to limit school tax questions to the November general election. This would encourage district leaders both to craft their plans carefully and to gather more input from the community to make them broadly persuasive.

If that idea seems too restrictive, the Legislature could keep the same election days in place, but then require a minimum turnout for any bond proposal to be successful. For instance, the state could say that at least 60% or 70% of the number of voters who cast ballots at the last general election must participate if the measure is to be ratified.

Again, that would encourage local districts and other taxing authorities to make broad and concerted efforts at sharing information with voters. Perhaps the best approach would be to require election officials to give all registered voters a clear and direct notice – by old-fashioned mail, along with an email opt-in so that the district could save on postage costs. Setting a deadline of 60 days before the election should ensure voters have enough time to research the proposal’s costs and benefits, and it would fit well within the current timeline for conducting elections.

The time has come for the Legislature to revisit local school tax elections. Some modest changes could help ensure a process that leads to more fiscally sound outcomes.