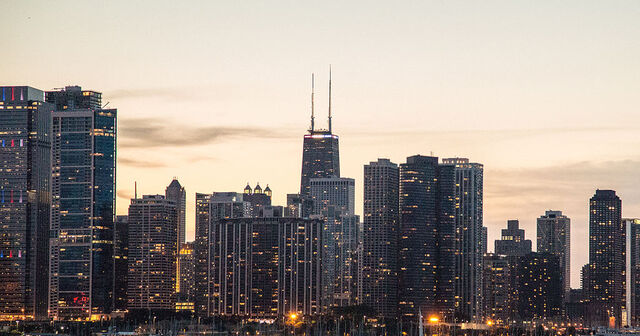 Michigan has done a lot to avoid this fate

Illinois has promised $129 billion more to government workers than it has saved for their pensions. That’s over $10,000 for every man, woman and child in the Land of Lincoln. So the state has cooked up a scheme to pay down these costs.

The Wall Street Journal editorial page summarizes it this way:

Democrats in the state House have proposed issuing $107 billion in bonds to backfill the state’s pension funds, which are short $129 billion. Annual state pension payments are projected to increase to $20 billion in 2045 from $8.5 billion—not including interest on $17 billion in debt the state previously issued to pay for pensions.

At the request of state retirees, a University of Illinois math professor performed a crack analysis showing how the state could use interest-rate arbitrage to shave its pension costs. Under the professor’s math, the state could sell 27-year, fixed-rate taxable bonds and invest the proceeds into its pension funds. This would supposedly stabilize the state’s pension payments at $8.5 billion annually, save taxpayers $103 billion over three decades and increase the state retirement system’s funding level to 90% from 40%.

In other words, the state — which has the lowest-rated bonds of any state — wants to borrow at lower rates to pay down higher-interest pension debt.

It’s unlikely to work. Illinois tried this in 2003, but instead of making reforms, it simply skipped payments and increased spending and debt. Detroit did the same. It later defaulted.

This type of scheme was featured once in an episode of “The Simpsons.”

Michigan has done a lot to avoid this fate, thanks to reforms that prevent long-term borrowing to pay short-term expenses. Lawmakers shifted state employees off the underfunded pension system in 1997 and recently did the same for most school employees. These moves have kept the state from promising benefits now and pushing the costs onto future residents.