How to Control the Pension Debt

The costs of pension liabilities have grown out of control 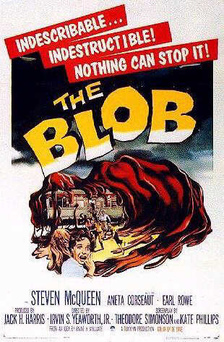 Did you ever watch the old movie “The Blob”? It’s where this tiny piece of goo keeps growing, gobbling up everyone in sight. The horror reaches a climax as the blob becomes so large that nothing can stop it. A young Steve McQueen eventually figures out that it doesn’t like the cold, so the town freezes it and transports it to the Arctic.

The film gives me the same feeling I get as I watch the government pension scandal across the country.

Pensions provide retirees with a decent income in retirement. There's nothing scary about that. But government managers neglected to set aside enough money to pay for the promises they’ve made, and the costs have grown out of control. For someone that wants to help governments save money, this outcome is frightening.

Ted Dabrowski and John Klinger of Wirepoints, an online news site in Illinois, cover the problem. In all but six states, total pension liabilities have grown beyond the means to pay for them. It means that pension debt grows faster than the ability to pay it down. They recommend policies that limit the growth of these liabilities.

Sizes matter with this trend. If pension obligations grow a lot from a small base, paying for pensions is not much of a problem. But these obligations are huge. In Michigan, the employees and retirees in the state-managed school system are the state’s largest creditors.

Michigan's experience is typical. When Detroit filed for bankruptcy, it found that its own employees and retirees were its largest creditors.

It is not like government managers ever asked retirees to lend them money. But due to poor pension funding practices, that’s exactly what happened. The employees and retirees can’t do much to change those funding practices. They can implore managers to contribute more to the pension systems, but they have little other recourse to get governments to pay down their debts.

It’s unfair to employees who inadvertently became the government’s major creditors, and it’s unfair to taxpayers who have to pay down a debt that shouldn’t have developed in the first place.

Something should be done. As in “The Blob,” a freeze can stop the growth of the problem, which in this case is pension liabilities. The state can ensure that pensions and retiree health care benefits are paid for by passing a law that freezes salaries until pensions are paid off.

Michigan has improved its public employee pensions and retiree health care benefits. Lawmakers began offering new employees defined contribution retirement plans that preclude governments from underfunding retirement benefits. But the debt for legacy plans — including roughly $40 billion for the state’s two largest plans — is still around and can continue to grow, threatening both employees and taxpayers. Lawmakers ought to consider ways to bring the problem under control.