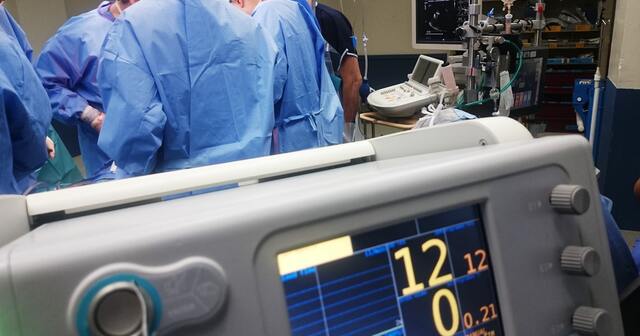 Last week, the Centers for Medicare and Medicaid Services (CMS) began a public comment period seeking feedback from the states regarding possible federal reform that would make it easier for health insurers to sell plans across state lines. While the GOP pushed this concept as a meaningful way to reduce costs for coverage prior to the passage of the Affordable Care Act (ACA), such an effort now is unlikely to have meaningful impact without reform to the ACA’s insurance regulations, which remain intact. Nevertheless, this move by CMS continues the Trump administration’s march toward increased federalism in health care through its regulatory powers.

Within CMS’s request for information are nearly two dozen questions for state governments, policymakers and other stakeholders regarding cross-state sales of health insurance. The questions addressed topics such as how regulatory changes could affect health coverage and costs for states and insurers, and how the federal government could make it easier for states to form compacts that respect each other’s regulatory decisions.

Republican politicians and activists have called for regulatory changes that would allow cross-state sales to become more prevalent for decades. That hasn’t happened yet, but they soon may get their wish. In October 2017, President Trump signed an executive order promoting choice and competition in health care, and in early 2018, the departments of Health and Human Services, Labor and Treasury responded with proposed regulatory changes. Their recommendations included easing federal restrictions on association health plans (AHPs), making it easier for associations to band together to provide quality, lower-cost insurance to employees.

More recently, a number of federal agencies collaborated on a report, “Reforming America’s Healthcare System Through Choice and Competition,” which outlined options for market-based reforms at state and federal levels. Even within the constraints of the ACA, these actionable opportunities were identified as a means of reducing costs and increasing access to quality health care. Last week’s bid by CMS for comments on cross-state sales of health insurance is the latest example of federal action that follows the logic of the president’s executive order and trend towards market-oriented solutions.

This effort may result in federal regulatory changes that encourage insurance sales across state lines, boosting competition in the health care marketplace and ceding some regulatory power to the states. However, for the effort to be successful, states and insurers would need to take steps on their own. It also would require more federal action to reform the ACA’s mandate-heavy hand over which insurance plans can be sold in the marketplace.

The ACA has a prescriptive list of “essential health benefits,” such as mandates regarding prescription drugs, mental health and care for newborns and mothers. These raise health insurance costs significantly, and the latest action by CMS would do nothing to change that. The ACA’s list of required benefits dampens enthusiasm insurers may have for selling across state lines; it significantly stifles their ability to offer a wider spectrum of plans with meaningful cost variations from one state to another.

As of 2018, at least six states had passed a law to allow insurers sell health plans across state lines: Rhode Island, Georgia, Kentucky, Maine, Washington and Wyoming. Unfortunately, no states have established or entered into interstate compacts necessary to move forward, and no insurers have taken advantage of the new laws. So, the current call by CMS won’t do much good absent congressional action to reform the ACA as a whole, or at least its rules on essential benefits. This shouldn’t discourage states from embracing the proposed changes and the posture set forth by the Trump administration.

So, how should states respond to the latest call from CMS for information? First, they should indicate a desire to work with the administration on this effort and other consumer-driven reforms. Second, legislators should align their laws with recent changes in federal rules, which give consumers, businesses and governments more flexibility to use short-term health plans, association-based health plans and interstate health compacts. Third, they should use state innovation waivers, known more formally as Section 1332 waivers, to seek federal permission for additional means of reducing costs and improving access to coverage.

The good news about CMS’s latest action isn’t that it will, by itself, substantively change the high costs of insurance coverage that many Americans face. It’s that the move again tells states that the Trump administration, unlike its predecessor, is willing to negotiate and collaborate with them on finding ways to reduce health care costs.