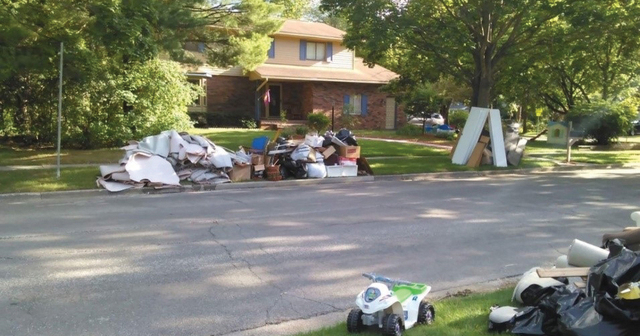 Licensing rules cost Michigan 125,000 jobs and cause the average family to pay about $2,700 more per year for services.

In July, Midland, Michigan, saw near-record flooding. Heavy and sudden rainfall swelled the Tittabawassee River to more than 32 feet above normal, just below its record flood level of 1986. This filled the sewer system and caused raw sewage to back up into homes, causing flooded basements and damage throughout the region.

Local restoration companies were bombarded with calls and, despite facing nasty problems, many citizens had to wait weeks for repairs. State licensing laws exacerbated this problem by requiring many restoration workers — including electricians, carpenters, plumbers, painters and insulation workers — to jump through licensing hoops such as fulfilling training hours, taking an exam, and paying a fee before they can legally practice.

That would make sense if the laws led to better service or protected public health and safety. But the evidence shows they do not. In the many other states that do not license these contractors, consumers are not noticeably worse off.

Licensing laws have major costs. More rules mean fewer jobs and higher prices for consumers. A study from Morris Kleiner of the University of Minnesota shows that licensing rules cost Michigan 125,000 jobs and cause the average family to pay about $2,700 more per year for services because of less competition. Michiganders pay $10.4 billion in higher prices and up to 30 percent more on licensed services than they would pay if licensing requirements did not exist.

Other costs showed up in Midland: Almost a week after the flooding, Bear Carpet Cleaning and Water Restoration, a local company, said that those calling should expect to wait up to two weeks for the company to get to them.

The regulations limiting the number of companies and employees on the market led to fewer workers and increased the wait time consumers faced. Because these laws harmed instead of helped, Michigan needs to reform its restrictive licensing laws.

The flood in Mid-Michigan highlights the problem, but licensing rules are hurting the entire state. Low-income workers and consumers are particularly harmed, especially in Detroit, where the city imposes extra licensing barriers to employment. Michigan residents from all walks of life, but especially those with lower incomes, would benefit from lightening the load of licensing restrictions.

Some proponents for licensing say that it protects consumers from untrustworthy contractors. If this were the case, one should expect the problem of shady contractors to be even worse after a disaster, when people will hire anybody they think can help them, not taking the time to do background research. In other words, licensing would be crucial then.

Except it isn’t. When Hurricane Katrina hit Florida in 2004, the state government saw that its citizens needed help in repairing their houses and gave it to them by lifting the licensing restrictions on roofers. A review of the events showed that there were no major negative effects. The number of untrustworthy contractors did not increase significantly.

Just as the flooding of the Tittabawassee was only a small part of the region’s water damage problems, hard-to-find flood relief is just a symptom of a larger licensing problem. Michigan should review the hundreds of occupational licensing laws on the books and lift the burden on workers and consumers alike.