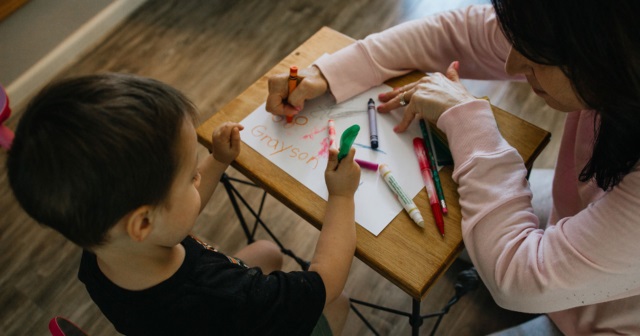 In this pandemic year, more Michigan parents are seeking alternatives to their children’s schooling routines than could have been imagined a year ago. Though it’s not yet clear just how many parents have voted with their feet, new evidence suggests that thousands fewer are sending their children to the local district to start their K-12 careers.

Nearly a month has passed since the fall count day for schools, and the pandemic made the experience different this year, both in how the count is done and in how much it’s worth. Whether a district has all or only a few of its students using remote learning, it must find a way to track their attendance.

To be officially counted for funding purposes, a student had to log on for an online lesson or activity on Oct. 7, or interact with a teacher any time between that day and Oct. 13. As long as a district records one contact per month with 75% of its remote-learning students after the count period, it will continue to receive full funding in the 2020-21 school year.

The law the state Legislature passed to adopt these requirements for funding during pandemic learning also made the count far less important. Rather than determining a district’s full foundation allowance funding for the year ($8,111 per student for most districts), the latest tally only counts for 25% of it. The rest of these funds are based on how many students it enrolled last year.

As a result, many districts will get large amounts of per-pupil funding for students they no longer educate. Even so, Flint Community Schools resorted to trying bribery, openly offering prizes for students to show up on count day. That’s because the already-shrinking district reportedly couldn’t find about 800 of the 2,000 students — half its expected enrollment — who didn’t log on when online school kicked off in August.

Detroit Public Schools Community District Superintendent Nikolai Vitti reports that his district is down 3,000 students from last year. Leading up to count day, school officials undertook a door-knocking effort to try to find 8,000 students who had registered, by official records, but, in the words of one news account, “never showed up.” Losing one-fourth of the full funding for 3,000 students would add up to more than $6 million in missing revenue, or less than 1% of 2019 spending levels.

The district reported to the Mackinac Center that kindergarten enrollment declined by more than 900 students, representing over 30% of the total drop. Late last month, the Mackinac Center requested the Sept. 15 kindergarten enrollment data from the state’s 30 largest school districts. More than two-thirds responded by Oct. 19 and shared the numbers. These 21 districts combined last year to enroll 18% of the kindergarten students in the state’s public schools.

In 2019, they served a total of 21,790 kindergarten students. As of Sept. 15, 2020, the number was only 18,032 — a one-year decline of over 17%. Taking a longer view, the latest count of these districts is about 15% lower than their average combined enrollment of the past five years. Two of the more affluent districts, Clarkston and Plymouth-Canton, actually reported higher enrollments. But those with enrollment down the most include a mix of districts representing both upscale and economically challenged areas.

The data collected by the Mackinac Center is preliminary. More families could have signed on or quit between Sept. 15 and the official October count day. Detroit reported that initially it had 1,300 fewer kindergarten students but was able to recoup about 400 over them over the four-week interval. The state’s largest district may not be representative of others’ trends, however. A fuller picture will be available when the state releases data in the months ahead. But there is very little reason to think these numbers will change much.

It’s also difficult to say if a similar decline has occurred in higher grades, but some evidence suggests the drop-off may be less. Many districts should expect to feel a small pinch as a result. This year’s 75/25 funding formula protects district budgets from losing most of the funds for students who departed. The bigger concern officials must face is whether the current frustrations with pandemic learning will cause more families to leave their current schools next year and beyond.

This school year, thousands more kindergarten students may have started their academic career away from conventional districts. If their families are satisfied with the learning arrangements they have found, how difficult will it be for districts to win them back? State lawmakers have already padded those districts with extra dollars. The time has come to start supporting families who have had to seek other opportunities for their children.