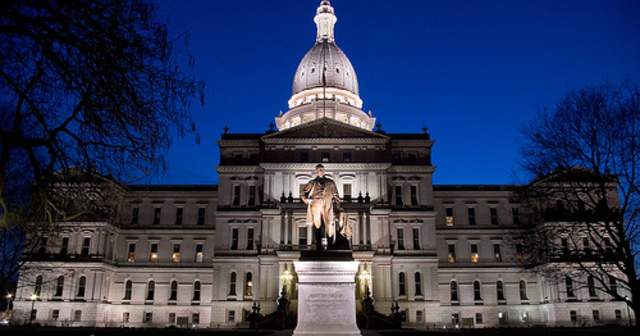 Governor Whitmer Stands Up for the Michigan Constitution

Gov. Gretchen Whitmer vetoed a line item in a bill that would have provided $10 million to compensate individuals wrongfully imprisoned for crimes they did not commit. The action raised eyebrows, as political support for the compensation is all but universal. But the governor was actually taking a stand in defense of one of the three provisions of the Michigan Constitution that provides for direct democracy.

Those provisions have never been popular with a state political class that has worked to erode them. In particular, the right of the people to initiate a referendum on a recently enacted law has been scorned.

Whitmer’s line-item veto was on House Bill 4286, which was passed unanimously in both the House and Senate. It had the appearance of a policy bill because it revised some details of the process for dealing with giving compensation for wrongful imprisonment. But it also added a $10 million appropriation to make it happen, making it an appropriations bill, a distinction with some significance.

The legislation was part of a process that began with a 2015 law authorizing the wrongful imprisonment compensation and spelling out the details of who gets it and how. That was strictly a policy bill, since it did not contain an appropriation. But everyone expected that the funding to implement the bill would appear later.

Then Whitmer stripped the $10 million from HB 4286. She could easily have approved a policy bill that also contained an appropriation. But by refusing to do, so she both kept a campaign promise and made an important statement of democratic principle.

The line item veto in House Bill 4286 involves one of the Michigan Constitution’s direct democracy provisions, the referendum. The referendum empowers citizens to suspend a recently passed state law and put it to a popular vote. (A second provision of direct democracy involves a way of amending the constitution itself. The third describes a way to place an initiated law before legislators; if they don’t act, the initiative goes on the ballot automatically.)

The referendum gives voters the final say on new laws. It is triggered when organizers collect enough petition signatures — equal to at least 5% of the votes cast in the most recent election for governor. If they do this, the law is suspended. Officials must then place it on the statewide ballot in the next general election. If a majority of voters say “no,” the new law dies.

But the authors of Michigan’s current constitution made sure that nobody could force a referendum on one very specific type of bill. According to the constitution, “The power of referendum does not extend to acts making appropriations for state institutions. …”

The concern was that a relatively small number of registered voters could, in effect, shut down state government until the next election by suspending the annual appropriations bills that pay for it. The citizens who created Michigan’s constitution did not anticipate that legislators would use this exception to make all other bills “referendum-proof.” It’s unlikely they would have approved of it, either.

But legislators used this trick in 2002. After years of work on the part of Second Amendment advocates, a majority of the House and Senate approved a law that lets law-abiding gun owners get a concealed pistol license. Knowing the issue can be easily demagogued in a political campaign, legislators inserted a modest appropriation into the law, which made it “referendum-proof” under the plain language of the state constitution.

Opponents sued, but in 2001 the Michigan Supreme Court rejected their claims. Justices affirmed that the “plain language” of the constitution means what it says: Bills with an appropriation cannot be subjected to a referendum, even if the amount appropriated is incidental to the bill and the state budget.

Since then, the appropriations device has appeared at least nine times, making those nine new laws "referendum-proof.”

Whitmer’s line item veto in House Bill 4286 sent a signal that under this governor, that game has been suspended.

Oh, and the unfortunate victims of wrongful imprisonment will get their money anyway: On June 24, Whitmer signed Senate Bill 150, an appropriations bill that allocates $10 million for the compensation.

About Legal Action Against