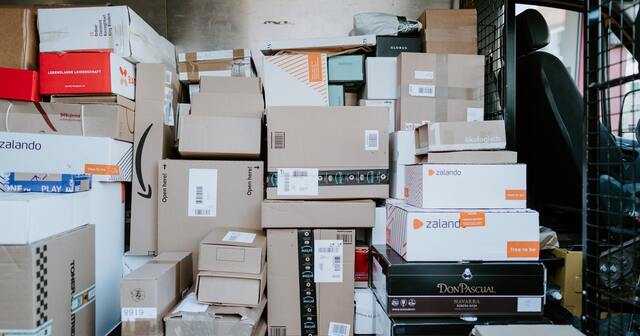 A tax hike will make cigarette smuggling even more lucrative

Tax evasion and avoidance may be as old as taxation. A Sumerian proverb dating back at least 3,900 years said: “You can have a lord, you can have a king, but the man to fear is the tax collector.” That was no joke. Citizens in ancient civilizations endured the modern-day equivalent of tax audits, and tax cheats of the old world were punished harshly, sometimes with brutal beatings, or worse.

Fortunately, people are generally more civilized today than they were in the ancient world. That doesn’t mean, however, that they are more compliant. Tax evasion and avoidance continue to be problematic. One area we have long studied is compliance (or lack thereof) with cigarette excise taxes.

High excise taxes lead people and organized crime cells to look for cheaper alternatives to save and make money. We estimate that through 2019, nearly one-fifth of all the cigarettes consumed in the Great Lake State — 19%, to be precise — were smuggled from another taxing jurisdiction. That is just one reason lawmakers should be wary of even higher cigarette excise taxes. The $2.00 per pack currently imposed by the state is enough to inspire significant smuggling as it is.

We also estimate the degree to which cigarettes are brought in from nearby locations, such as Indiana, versus those that are shipped from longer distances, say, North Carolina. We separate types of smuggling into two categories: casual and commercial. Casual smuggling usually involves individuals picking up a small number of smokes for personal consumption in a different taxing jurisdiction and then bringing them home. Of Michigan’s total smuggling rate, about 11 percentage points can be attributed to this behavior. The rest involve larger, long-distance shipments.

Some are truly long-distance. For instance, the Michigan State Police say that illicit smokes were arriving from overseas and picked up at UPS stores in East Lansing, West Bloomfield, Farmington Hills, Southfield, Howell, Westland and Ann Arbor, among other cities. The recipient was a Chinese national and Michigan State University student who reported maintaining 21 different keys to mailboxes at UPS outlets where he would receive the cigarettes.

During his initial interview with police, he provided investigators with the tracking numbers for 18 packages still bound for Michigan from China. At one Ann Arbor UPS location, troopers learned from an employee there that an estimated 76 packages arrived for the suspect at this one address and an apparent accomplice from February through December 2019.

That is just one bust from one smuggling cell. But it underscores how profitable the trade in illicit smokes can be — so much so that thousands of cigarettes can be routinely shipped from as far away as China and profitably redistributed for sale.

In addition to having their acquisition and shipping costs covered, people who move product around to their destination need to be paid, too. Between September 2019 and March 2020, the suspect in this case was paid almost $13,000 for his part in the smuggling distribution. In a coincidental twist, his girlfriend (who had been interviewed by MSP) also attended Michigan State University where she apparently studied — we are not making this up — supply chain management.

Michigan and other states have a smuggling problem and it could get worse. Legislation was introduced in the U.S. Congress earlier this year that would hike the federal excise tax by $1.00 per pack, making smuggling into the country even more attractive. In addition, the U.S. Food and Drug Administration is working to ban menthol flavored cigarettes completely, as early as next year. Menthol cigarettes make up more than 30% of the combustible cigarette market, by one measure. Enacting either of these changes alone would light up cigarette smuggling, but taking them together risks dramatically increasing America’s pool of tax cheats.

The history of taxation is the history of tax avoidance and evasion. The world’s earliest civilizations recorded as much. Big and small illegal activities are a direct function of cigarette taxation. Lawmakers should remember that before they consider another hike.