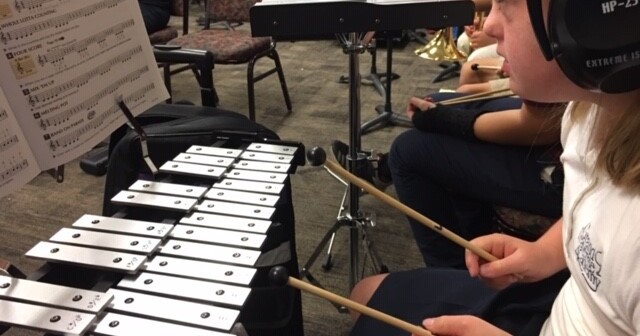 Katie Lambert, a 13-year-old student with Down syndrome. With a proper environment, special needs students can flourish.
Education
Publications / Viewpoints

Give More Power to Parents of Special-Needs Learners

Families who have faced obstacles in their efforts to give their children with special needs the best shot at academic and life success can take heart from a pair of recent court rulings.

In 2018 the U.S. Department of Education handed Michigan the lowest rating of all states for special education services. At roughly the same time, federal courts stepped up what schools must do under the Individuals with Disabilities Education Act.

In a 2017 ruling known as Endrew F, the U.S. Supreme Court said that schools must give students “meaningful benefits” through special education services. The high court left it up to lower courts to figure out how that principle plays out in real life.

Last year, the United States Court of Appeals for the Sixth Circuit relied on that ruling in a case involving a Tennessee boy with Down syndrome. His local school officials had removed him from the general education classroom, even though he was meeting the goals set for him. Instead, they put him in a program just for special education students. The appeals court ruled that the boy had the right to return to his inclusive program, rejecting an argument that a student with disabilities must match a typical student’s academic progress in order to stay in a regular classroom.

Traci Lambert, a Michigan mom who lives in the Traverse City area, noticed. Her daughter Katie, 13, also was born with Down syndrome — a long misunderstood diagnosis that often causes people to underestimate what individuals with that condition can achieve. Research has shown that Down syndrome youth enjoy dramatic speech and literacy benefits by learning in classrooms with non-disabled peers. That situation, known as the “least restrictive environment,” is what federal law says is the default option for students with disabilities.

According to state data, the Traverse Bay Area Intermediate School District, along with many of the state’s 56 ISDs, failed to meet key benchmarks set by the U.S. Department of Education. That’s because too many students don’t get the services their individualized education plans call for. Instead, they languish in segregated facilities, falling short of academic proficiency, failing to graduate and not given opportunities for education beyond high school. This is true of children with a host of different special learning needs.

Guided by research and parental insight, Katie’s mom, Traci, has long advocated for an educational environment that is both inclusive and effective. She has met resistance from the local school district, as well as public charter and private religious schools. Perhaps not surprisingly, Katie has experienced both highs and lows. Most recently, her mom reluctantly removed her from school — her third.

Katie is currently stuck years behind her grade level and her potential. Katie, her mother says, has made uneven progress toward her academic goals. The officials who have designed and adopted the plan, she says, have largely disregarded her expert input as a parent.

Lambert filed two official complaints with the Michigan Department of Education, and pointed officials to the two major court rulings. Education Department officials looked into things and said the school officials did what they were supposed to do in developing Katie’s plan. But their explanation did not cite either the “meaningful benefits” standard of the Endrew F case or the recently issued Sixth Circuit decision.

Katie’s mom wants her to learn and flourish. “I want Katie to receive an education that prepares her to go to college or get a job and be independent, just like her older sister,” she says. For Katie and other students, the chances of fulfilling these hopes depend on parents, educators and policymakers being aware of their potential. Equally important, parents must have more say in their education.

Led by a parent in similar circumstances, the state of Florida overhauled its policies. Andy Gardiner was raising a son with Down syndrome. He came to see that the intellectually disabled are often capable of more than society has expected from them. In 2015, as state Senate president, he championed a program that offers state-funded education savings accounts to families of special-needs children. Today, nearly 12,000 Florida students benefit from Gardiner Scholarships, which let their families select and pay for necessary education-related services and providers.

The Michigan Constitution strictly limits families’ education options to the public sector. But that’s not a good reason to deny parents what their Florida counterparts enjoy: a much greater power to chart their children’s educational path.