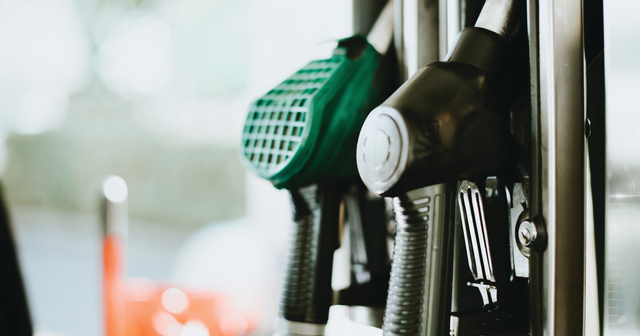 Gov. Gretchen Whitmer wants to increase the state gas tax by 45 cents per gallon to finance road infrastructure repairs and upgrades. The Mackinac Center ran this scenario through a software package called the State Tax Analysis Modeling Program, or STAMP, to measure its impact on the economy.

STAMP estimates what would happen if the tax were increased by 15 cents in October and then by another 30 cents in 2020. The tax increases, it says, would cost more than 22,500 private sector jobs and raise just under $2.5 billion annually by fiscal 2022. They would also increase government employment by 6,300 jobs.

STAMP is an example of a “computable general equilibrium” model. Like other economic models, it represents a simplification of the real world. It is designed to provide insight into changes in the state’s economic landscape resulting from changes in state taxes.

Fortunately, a straight-up tax hike is not the only option available to lawmakers. They can also reprioritize current spending to roads, or raise the gas tax by 45 cents and offset some or all that tax increase with spending cuts and personal income tax cuts. By raising the gas tax and cutting taxes elsewhere, lawmakers can stick to something akin to a user fee for roads — a sound tax policy — while offsetting that tax hike with a job-creating tax cut elsewhere.

Consider two other scenarios run through our model:

Raise the gas tax by 45 cents, through the scheduled phase-in, but cut spending and the state income tax by nearly $1.25 billion. Under this scenario, there are still some early private sector job losses, but those are gained back and the numbers turn slightly positive by 2022. The dynamic and positive impact of a personal income tax cut more than offsets the negative consequences of a gas tax hike.

Raise the gas tax by 45 cents but cut state spending and the income tax by nearly $2.5 billion. This scenario would likewise fix the roads but also add more than 24,000 net new private sector jobs to the economy by 2022.

The curious reader may wonder where those state spending cuts might be made. Consider that the Mackinac Center and two government institutions have floated hundreds of ideas, many of which could still be adopted in some form.

The largest single recommended list of cuts — worth $3 billion in General Fund spending — was floated by the state budget office for the 2012 fiscal year. It was called the “Mystery Document” by a Lansing-based newsletter, as it was published without a named author. The Mackinac Center, nearly a decade before that, produced a 200-idea budget study that found $2 billion in savings, and its key reform ideas are still intact. Lastly, Gov. Jennifer Granholm’s Commission on Government Efficiency created its own list of reforms worth $1.5 billion.

Just this year, Mackinac Center scholars have updated old ideas and introduced new ones, and they add up to more than $1.1 billion in potential state budget savings. The reform ideas presented by Mackinac Center adjunct scholar Christopher Douglas were specific to transportation, and they totaled $400 million.

There are clearly enough budget-cutting ideas and other reforms available to offset the massive new tax burden the proposed gas tax hike would produce. Lawmakers should pursue them. After more than 25 years of work with the Mackinac Center, I feel compelled to note that too many budget reforms and proposals to reduce spending are too easily dismissed as too big to be politically acceptable or too small to make a difference.

If lawmakers attempt budget cuts and other reforms to offset any gas tax hike, they will at least provide some evidence that Michigan’s taxpayers aren’t playing second fiscal fiddle to billionaires who receive millions in corporate welfare. And lawmakers will also show that taxpayers take priority over garden poetry readings at White Lotus Farms, “Ann Arbor’s premier source of local artisan bread, cheese, and organic farm produce,” which the state will subsidize this year.

The roads need more money, but taxpayers should demand evidence that the state has worked extra hard to find savings elsewhere to deserve their additional dollars.