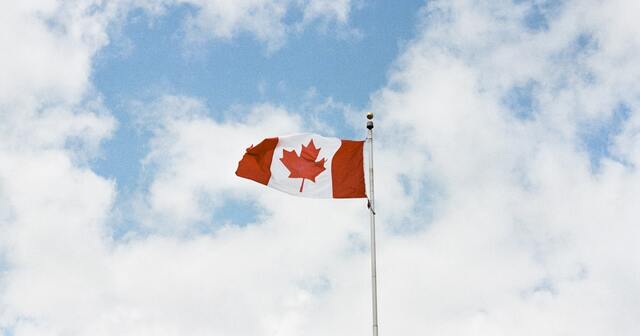 Forget Greenland — Trump Should Offer Statehood to These Canadian Provinces

Editor's Note: This article first appeared in The Hill on November 2, 2019.

President Trump's offer to purchase Greenland from Denmark was front-page news in August, but a better option for expanding the country’s geographic footprint would be to offer statehood to the Canadian provinces of Alberta, Saskatchewan and Manitoba, as well as the interior of British Columbia.

After the final results of the recent Canadian election, there’s likely a growing group of Western Canadians who might seriously consider that offer.

Prime Minister Justin Trudeau just squeaked through the Canadian federal election with a minority government. So, with the help of the New Democratic Party, or NDP, and the Canadian Green Party, he still has the votes in Parliament to impose his carbon tax on the nation. That plan holds the power to cripple the economies of the Western provinces, all of which rely heavily on energy-intensive industries such as oil and natural gas, mining, forestry and agriculture.

With their livelihoods at stake, many Western Canadians may be wondering whether they even belong in Canada anymore. Their concerns are based in the West’s well-established distrust of Eastern politicians who claim the right to oversee the development and disposition of Western natural resources. This time, Western separatism comes with the handy hashtag, #Wexit.

If these provinces did seriously push for separation, and they were willing to entertain the invite, the United States would be smart to welcome them with open arms. We’d surely benefit by adding these four stars to the U.S. flag.

That’s because the interior of British Columbia and the province of Alberta exhibit the same rough-and-rugged individualism that is found in Montana. Both areas have their roots in mining, forestry, oil and gas and ranching, and they recognize the value of wisely using resources as the engine to drive a strong economy.

A little further east, Saskatchewan and Manitoba have the strong, independent mindset of those in the Great Plains states. Their people, who can withstand the blistering prairie winters, are the ones who produce much of the grains and livestock that feed the rest of the nation.

The United States already is the largest producer of oil and natural gas in the world, but with Alberta, Saskatchewan and northern British Columbia in the fold, we would be completely dominant.

Western Canadians also would benefit greatly from becoming states. In this case, they would be freed from the constraints of Trudeau’s carbon tax as well as the need for the U.S. State Department to authorize oil pipelines to their major customers.

Currently, any pipeline that crosses the U.S. border needs State Department approval. But the Obama administration abused that authority by endlessly delaying the construction of the Keystone XL pipeline from Western Canada.

Removing this regulatory roadblock would be a boon to the energy industry and a significant economic boost to Western Canadian families, who likely feel unappreciated and abused by politicians in Eastern Canada.

The distrust for Eastern political gamesmanship dates back decades, and flourished when Justin Trudeau’s father, Pierre Trudeau, was prime minister. During his tenure, he imposed policies such as the National Energy Program on the Western provinces, firmly placing the Canadian federal government, with its power centers in Toronto, Ottawa and Montreal, in control of Alberta’s oil resources.

This law not only seized control of the industry, it also forced the oil-rich province to share its oil revenues with the rest of the country in a form of equalization payment. That program effectively cemented the view among many Western Canadians that their provincial natural resources were expected to serve as the funding source for Eastern Canadian politicians’ grandiose schemes.

Of course, offering statehood is a bit of a stretch. Western Canadian separatism has been bubbling under the surface for decades and hasn’t been acted on before. But many in the U.S. recognize that the Western provinces are far more than just cash cows for Ottawa’s social welfare and environmental schemes. Urban Canadian areas would do well to do the same.