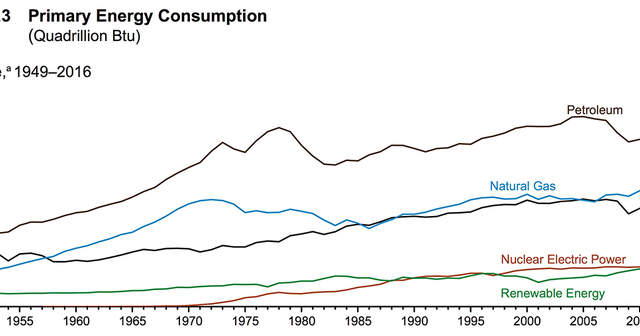 A Jan. 22 Financial Times headline, “Gas from Russian Arctic to warm homes in Boston,” should remind us of the value of preparing for winter weather. Extreme cold in December and January caused demand for natural gas to skyrocket as homeowners pushed furnaces to beat back the frigid temperatures. Momentary shortages hiked prices from their normal range of $3-to-$3.50 per million Btu to as high as $140 in Northeastern states and forced utilities to switch from natural gas to fuel oil to keep power flowing to their customers. Michigan would do well to respond to these types of weather-related shortages by using 2018 to cement itself as a natural gas hub. It can do this by expanding pipeline and storage infrastructure to meet a growing demand for natural gas, in both Michigan and Northeastern states.

Michigan’s geology and geography make it a natural hub for gas storage and transmission.

And, expanded pipeline capacity will be exactly what Michigan and Northeastern states require, as Michigan utilities have plainly stated their intent to close coal and nuclear plants, and replace them with natural gas and renewables. A recent study noted that “fuel-security risk — the possibility that power plants won’t … be able to get the fuel they need to run, particularly in the winter — is the foremost challenge to a reliable power grid in New England.” The study from the organization that oversees energy distribution in New England also projects “energy shortfalls.” By this, it means “emergency actions to keep power flowing and protect the grid” — such as energy conservation measures and rolling blackouts — by winter 2024-25.

A July 2016 study from the Oak Ridge National Laboratory noted that recent growth in U.S. shale gas production has temporarily slowed the demand for expanding natural gas storage infrastructure. But moving forward, it said, several factors “will increase the needs for seasonal (natural gas) storage services.” They include the economy’s ever-larger appetite for power, the need to back up variable power from renewable plants, and increasingly hotter summers and colder winters.

Studies like these highlight our need for more capacity in our pipelines and natural gas storage facilities, especially when we account for the national rush to shutter reliable, low-cost energy options like coal and the mounting difficulties associated with building new nuclear facilities. That need is then compounded by the refusal of some Northeastern states to use their natural gas resources to power their economies, as well as their repeated efforts to stall new infrastructure projects.

Michigan possesses the unique geological advantage of having the largest amount of underground natural gas storage space in the nation. Our location also makes it possible to locate new, or expand existing, pipelines to serve growing energy markets.

We can blend the reality of increasing demand for natural gas with our unique geological and geographical advantages and put Michigan in a position to supply the citizens of New York, Vermont, Maine and other states with much-needed energy. So whether energy is produced in, stored in, or transported through our state, bolstering our infrastructure and access to natural gas is a positive good for Michigan’s energy supply and economy.

The fracking boom has improved our ability to access oil and gas reserves, and the White House is implementing its plan for U.S. domination of world energy markets. But even in our much-improved energy situation, the U.S. can still experience momentary scarcity and high prices. Northeastern states just experienced this condition, which is why they resorted to importing natural gas from Russia.

Scarcity could become a wider problem, with a growing economy and burgeoning demand for more — and more reliable — energy supplies. We should plan for potential scarcity now, so we’re not forced to scramble to higher-priced international markets when shortages reoccur, or are seen in other regions of the country.

In recent years, governments in this country have committed us to phasing out coal and closing a major nuclear plant in Michigan in the near future. If we keep going in this direction, the obvious way to prepare for moments of fuel scarcity is by expanding pipeline capacity and encouraging more natural gas production. Michigan’s geology and geography make it a natural hub for gas storage and transmission. We should capitalize on those natural advantages for the good of both Michigan’s residents and people in adjacent markets.