Education Budget Should Back Parents' Priorities 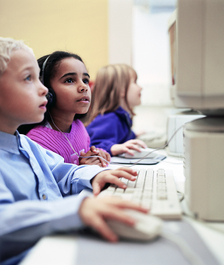 Last year Gov. Rick Snyder failed in his attempt to reduce funding for full-time online students. Rather than seek an equitable solution, the governor is now using his final budget proposal to double down on the attack and penalize certain parental choices.

The core of Snyder's education budget pitch is a significant boost to Michigan's foundation allowance. That’s the money which the state gives on a per-pupil basis to serve as a guaranteed floor and revenue source for K-12 public schools.

The current school funding system, enacted with Proposal A in 1994, was designed to achieve greater equity between districts with differing levels of taxable wealth.

To his credit, Snyder's proposal builds on the 20-year trend, giving most of the lower-funded districts an extra $240 per pupil compared with an extra $120 per pupil for the small number of districts at the high end. But he pays for those funding increases by reducing payments for students who choose certain kinds of schools or programs.

Snyder's proposal recommends cutting the foundation allowance by 25 percent for the roughly 10,000 Michigan students enrolled in one of 14 cyber schools. State Superintendent Brian Whiston backs the governor's call, telling a news outlet, "We want to make sure that we're paying for it fairly, and that allows more money to go to all students around the state."

Snyder called for cutting the foundation allowance for cyber schools by 20 percent in 2017. The justification didn't add up. His second attempt to cut funding — by an estimated $25 million, this time – certainly doesn't either. His executive budget cites research that says it costs 23.8 percent less to run a cyber school than a conventional brick-and-mortar school. But the budgets of cyber schools are already that much lower, if not more, mainly due to disparities in funding sources outside the foundation allowance, where districts have an advantage.

In 2016-17 cyber schools took in 71 percent of the total per-pupil revenues of an average school district. Just comparing the costs of operations rather than capital and debt service costs, these online schools still only spent 78 cents on the dollar. Widening the gap through cutting the foundation allowance would be truly unfair, leaving cyber schools to get by with less than 60 percent of what districts receive in total per-pupil funding.

Full-time online school may not be the best choice for most students and families, but for some it has proved to be a true lifesaver. Still other families are eager to enroll their private- or home-educated children in flexible district programs that offer elective courses. A growing number of districts have created homeschool partnerships and shared-time programs to reach more students and, in some cases, to learn innovative approaches that help them serve all students better.

Yet Snyder's proposal would greatly restrict how many students a district could serve though these programs, no matter how great the demand. It includes a mechanism to keep any district from having more than 5 percent of its students enrolled in an online program, which would cut funding for such programs by an estimated $68 million statewide. Artificially capping participation would leave it to the districts to decide who to turn away, or perhaps to figure out how to keep the programs going at all.

Snyder's office appears intent on giving legislators a stark choice between his full foundation allowance increase (an extra $312 million) or standing with parents who have chosen from the options of a cyber school, partnership or shared-time program.

If legislators need other education budget items to roll back, they should look first at the political projects in some of the state's existing categorical grants. The governor's proposal streamlines the number of categorical grants but does very little to reduce their overall funding.

Lansing leaders have a chance to challenge the governor's proposal and stand by student-based funding that more closely follows families' choices and priorities.