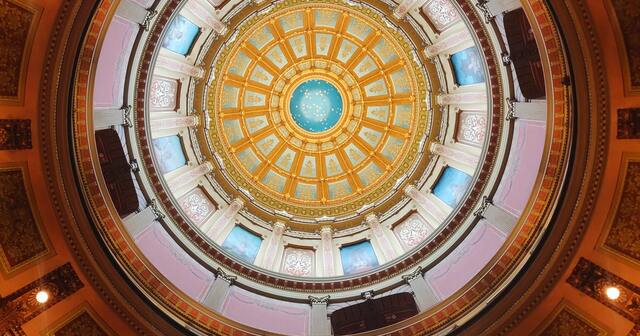 Legislators approved budgets this week for the upcoming fiscal year, just ahead of the new fiscal year that starts in October.

The budget continues to grow even without the governor’s recommended tax increases. Michigan’s state budget would increase from $57.3 billion in the current fiscal year to $58.8 billion in the upcoming fiscal year if the Legislature’s approved budgets are signed into law. The amount of money the state collects from taxes and fees increases from $34.0 billion to $35.1 billion.

The largest gains were for the Legislature’s top priorities: schools, roads and Medicaid.

The transportation budget increased from $5.0 billion to $5.4 billion. The governor called for increasing taxes to spend more on roads and other priorities, and recommended that the state spend $5.8 billion on transportation. Legislators were able to fund 93% of what she wanted to spend on roads without raising taxes.

Lawmakers are spending a lot more on the transportation budget than they used to. Excluding federal transfers, its funding increased from $2.0 billion in fiscal year 2010-11 to $4.0 billion, a 73% gain when adjusted for inflation. This increase includes over $500 million that comes from the 2015 fuel and vehicle registration tax increase, but most of the increase comes from making roads a priority for growing tax revenues.

State funding of schools also increased. The state budgeted $13.5 billion to spend on public schools, a 3.0% increase from the current fiscal year. This is also part of a longer-term trend. Inflation-adjusted per-pupil state funding increased from $8,054 in fiscal year 2010-11 to $9,236 in the upcoming year.

The largest increases in state spending are on Medicaid. With federal transfers, the state is budgeted to spend $26.4 billion on its health and human services department, up from $25.5 billion. Medicaid itself counts for the bulk of the increases, while demand for other state assistance programs is down with the improvement in the state economy.

Hundreds of decisions are reflected in state budgets. Legislators deserve credit for their decision to spend $16 million less on the state’s business subsidy programs.

Growing revenues come from a growing economy, and this allows lawmakers to spend more on their highest priorities. The budget passed by the Legislature continues this trend.