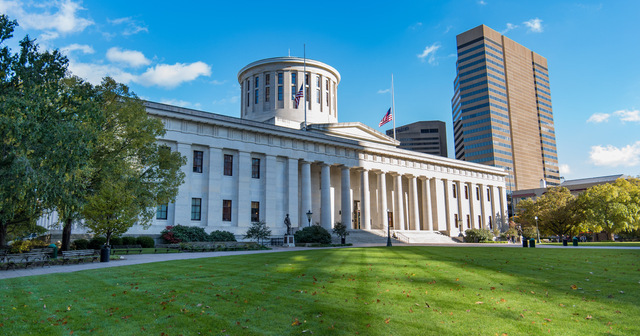 Michigan’s longstanding rivalry with the Buckeyes on the college gridiron is no secret. Less well known is our state’s struggle to keep up with the educational opportunities Ohio offers to students and families. Thankfully, our state may have an opportunity to dramatically shrink one of the gaps.

Gov. Gretchen Whitmer recently vetoed the Legislature’s plan to create parent-directed education spending accounts. But a citizen petition could end up making Student Opportunity Scholarships available to more than a million Michigan K-12 students. The proposal would promote direct investment in children by allowing residents and businesses to redirect some or all of their state tax bill to nonprofit organizations that fund scholarships for low-income, middle-income and special-needs students.

Those attending public schools could apply for funds to pay for things like tutoring, after-school activities, educational therapies and skilled trade programs. Students could also apply for tuition aid to attend either a private school or a public school that charges for out-of-district enrollment. Alternately, they could use the aid to help cover expenses related to learning at home. Regardless, parents would be able to decide how to spend the funds.

The program would be initially capped at $500 million a year in tax credits for donations, an amount that represents less than 3% of public K-12 annual revenues and less than 1.5% of yearly state tax collections. If enacted, it would effectively match a strong incentive for generous giving with broad parental demand for education options and flexible services. That would bring Michigan students closer to parity with their Ohio peers in public and tax-credit funding for private learning opportunities.

A full decade has passed since the Wolverines defeated the Buckeyes in the once-heated football rivalry. But it’s been even longer since the Great Lakes State outpaced Ohio in offering educational choice. Michigan ranked higher on the 2000 edition of the Education Freedom Index, which surveys the state policy landscape and measures families’ ability to access homeschooling, private schools and different public education options.

The tables turned this year, as Ohio leapfrogged Michigan into the top 10 of the latest index. And that happened even before 18 states added or expanded K-12 scholarship programs during the current Year of Educational Choice.

Before 2021, Ohio already had in place a variety of private school choice offerings, mostly for students with disabilities. Legislators in Columbus were busy this year with a flurry of ambitious activity that increased funding for some existing offerings. But they also created new opportunities for a wide range of students. These include small amounts of tax relief for families that homeschool or enroll their children in certain private schools that don’t take direct state aid. Donors to K-12 scholarship funds received some tax relief, too.

As a result of another change, Ohio also offers many public school students from lower-income families a $500 parent-directed education enrichment savings account. Plans for a similar program, part of the latest legislation in Lansing, feature a higher income limit for participating families. As a result, the Michigan Legislature could put funding and control within reach of more public school pupils than Ohio law allows.

At the same time, the proposed Student Opportunity Scholarships would open the door so philanthropic dollars can give more Michigan students access to private education options, very much along the lines of what Ohio and many other states have done. But adopting the policy requires the circuitous path of bypassing Whitmer’s veto. Her actions weren’t necessarily unexpected. She earlier tried to deprive funds to students in public charter schools and blocked sharing even a small amount of federal COVID aid with parents of struggling readers.

Even without the governor’s opposition, our state’s highly restrictive anti-aid constitutional amendment affords political foes a potent legal weapon to wield against expanding educational opportunity. The Mackinac Center Legal Foundation’s lawsuit on behalf of five Michigan families aims to overturn the amendment, which is based on deeply anti-religious roots and has lingering discriminatory effects. This obstacle can’t be disregarded, but it calls for a more concerted effort to extend educational opportunities to families in need.

While Michigan faces a steep climb to catch up with other states that have embraced educational choice, the pressure to keep pace specifically with our next-door rival provides one powerful motivation.