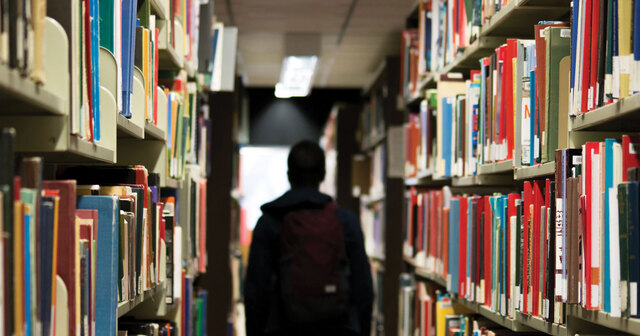 Gov. Gretchen Whitmer correctly noted in her State of the State address that “COVID exposed deep inequities in our education system.” Yet her latest K-12 funding proposal further tips the scales against students in certain public schools.

In her address, the governor reiterated her desire to provide more funding to help disadvantaged students. But her determination to follow through on that principle remains very much in doubt.

Even though public charter schools are more likely to serve low-income students than the average school district, Whitmer singled out charters with her fall 2019 veto of a $240 per-pupil funding increase. Thankfully, she later reached a deal with the Legislature to put charters’ formula funding back on equal footing with most districts.

Though the governor’s latest proposal is less overt in discriminating against charter schools, it would shortchange their students even more than the earlier veto. It follows two rounds of federal COVID relief funding that have garnered public attention for their wildly uneven distribution.

Bridge Magazine, for example, brought attention to the chasm of differences in payouts to different school districts. On a per-student basis, a handful of districts received less than 1% of what the biggest winners did. Even when the comparisons are adjusted for varying levels of poverty across districts, the disparity remains large. For every dollar Zeeland Public Schools takes in from the two federal packages for low-income children, Flint Community Schools collects 34.

One may best see the problem with the federal formula by looking at Michigan’s largest city. The Detroit Public Schools Community District compounded its major funding advantage over the city’s charters after the CARES Act by taking in an even larger disbursement in the latest federal relief package. When the two packages are combined, DPSCD receives $9,372 for each student, compared with $2,761 for the average Detroit charter school, even though they serve similarly disadvantaged demographics.

Congress determined these outcomes through the formula it chose to use in both the March and December relief bills. State lawmakers cannot alter those payouts. But they do have discretion over a smaller remaining portion of federal relief funds. Whitmer’s proposal to disburse them, along with state dollars from extra unanticipated tax revenues, would exacerbate some of the COVID funding gaps.

Districts already favored by federal relief funding are also likelier to benefit more from Whitmer’s proposal. For example, Detroit charters would get $307 per pupil less than the city’s school district, which is bringing in disproportionately large revenues from COVID relief.

The disparity also exists statewide, though to a lesser degree. The average conventional district would get $330 per student from the governor’s$445 million supplemental proposal, compared to about $210 per student for charter schools. It’s important to note that these extra funds would be added to the current state-record school aid budget for a dramatically shrinking student population.

Last spring, the governor used her emergency powers to require school districts to preserve their payrolls if they wanted to keep getting state funds during the pandemic. As a result, school budgets have gone unharmed while many districts have continued to deliver only remote instruction.

Whitmer’s plan discriminates against some parents who are trying to address their children’s educational challenges, but the Republican response at least offers a $250 reimbursement to parents who pay out-of-pocket to provide tutoring or remedial help. This approach is better, but it should go even further to help parents support their children in these uncertain times.

The financial relief pushed to schools during the pandemic has created gaps between different schooling options in ways that discount actual student needs. The least Michigan can do now is stop doubling down on that approach.