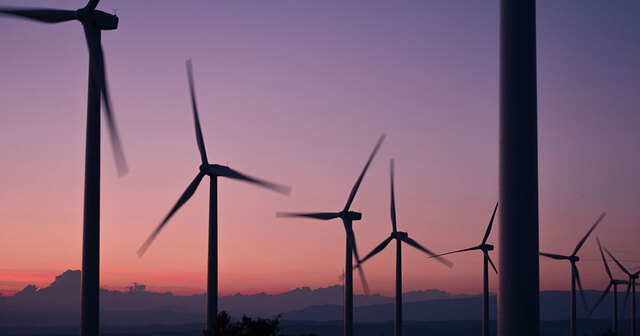 (Editor’s Note: A modified version of this article was published by the Detroit News as a letter to the editor on May 4, 2017.)

Renewable energy advocates regularly argue that wind and solar are cost competitive, meaning as economical, as other energy options. If it’s true that solar and wind power make financial sense, there shouldn’t be any need to subsidize them. But we do.

It’s easy enough to test this theory. We can see if it makes financial sense to use renewable energy sources by ending their politically based advantages.

These advantages include direct subsidies — like the federal production tax credit handed out to big wind and solar developers each time they install new wind turbines or solar panels. They also include protective mandates, like Michigan’s renewable portfolio standard, which forces renewables into the market ahead of other sources, like nuclear or natural gas.

Until all of the special favors that help this politically favored industry are removed, all claims that renewables are cost competitive are little more than green marketing and spin.

Green energy advocates often push another popular fiction: That fossil fuels benefit far more from subsidies than renewable energy. That’s false. The most recent numbers from the Energy Information Agency show that renewable energy (not including hydroelectric) provided just over 6 percent of the nation’s energy in 2013. But, from 2010 to 2013, direct federal subsidies to renewables increased from $8.6 billion to $13.2 billion. In comparison, subsidies to fossil fuels — which provided almost 68 percent of the nation’s electricity in 2013 — dropped from $4.0 billion to $3.4 billion over the same period.

Prominent investor Warren Buffet clearly understood what it takes to ensure wind gets built when he bluntly stated that the subsidies and tax credits were “the only reason to build them.” He continued, “They don’t make sense without the tax credit.”

The renewable energy industry also appears to recognize this fact. When its generous handouts are threatened in any way, the entire industry goes into shutdown mode, threatening to lay off thousands of workers and cease building new turbines and solar arrays. This happened in 2012 and again in 2015, when Congress considered letting the production tax credit expire.

This is truly strange behavior for an industry that boasts it is cost competitive with other energy sources.

But there are still other reasons to question whether renewable energy really can compete. Take, for example, the on-again, off-again routine of Saginaw-based solar manufacturer, Suniva. Michiganders recently learned that, after providing it millions of dollars in state and federal grants and subsidies, this ostensibly cost-competitive organization announced “significant” layoffs at its plants in Michigan and Georgia.

In one of its most recent reports, “Levelized Cost of Energy Analysis,” the financial advisory firm Lazard says it costs between $32 and $62 per megawatt hour to install wind power. It puts the cost of large-scale solar power between $46 and $61 per megawatt hour. These numbers are different — and significantly lower — than the ones in the Michigan Public Service Commission’s 2017 annual report on Michigan’s renewable energy mandate. Many of the current wind and solar contracts in Michigan cost between $90 and $100 per megawatt hour — one is even as high as $160.

Again, if the renewable industry is as competitive as its proponents claim, why are Michiganders paying so much more than the standard industry rates Lazard has published?

Of course, none of this discussion even begins to touch on the fact that the wind doesn’t blow and the sun doesn’t shine 24-7. In fact, the National Renewable Energy Laboratory admits that even in prime conditions wind and solar only produce electricity 35 and 20 percent of the time, respectively.

Until we develop affordable and reliable means to store energy on a massive scale — a feat that’s probably decades away — we need something to give us electricity when renewables can’t handle the task. In simple terms, that means we need to have natural gas, nuclear or coal running behind the renewables to catch them when they fail to provide the essential electricity that we have grown to expect and rely upon.

We can still have the policy discussion about whether the environmental benefits of renewable energy makes it worth the additional cost to build it. But, until renewable energy can actually compete in Michigan’s markets — on a fair and level playing field — let’s stop pretending it is cost competitive.