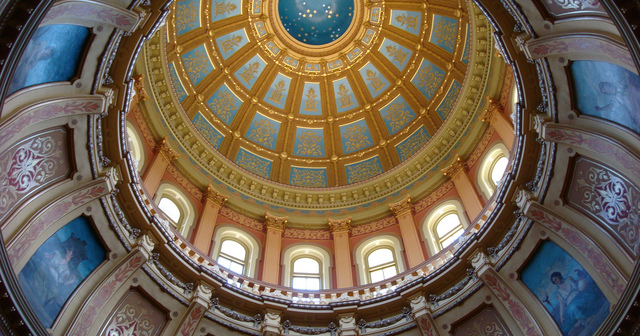 The Legislature remains on a summer campaign break with no sessions scheduled until after the Aug. 7 primary election. Rather than votes this report contains some interesting or noteworthy recent bill introductions.

Senate Bill 1051: Require governor create annual state “strategic plan”
Introduced by Sen. Dave Hildenbrand (R), to require the governor to submit an annual “strategic plan” for the state alongside the annual executive budget recommendation. This would have to include, “the mission, vision, goals, strategies, and performance measures for each state department, including measures of the department's inputs, outputs, and output measures.” Referred to committee, no further action at this time.

Senate Bill 1056: Accommodate “genetic material for use in posthumous conception” in wills
Introduced by Sen. Judy Emmons (R), to revise the law governing wills and estates to accommodate and create rules for when a decedent leaves behind “genetic material for use in posthumous conception,” or when there is “an individual in gestation at a decedent's death” who may have a claim on the estate. Referred to committee, no further action at this time.

House Bill 6012: Authorize multi-state traffic ticket reciprocity
Introduced by Rep. Steven Johnson (R), to require the Secretary of State to suspend the license of a Michigan driver if notified by another state that the individual got a ticket and failed to pay it, or didn’t show up in court. Also, to notify other states if one of their residents does the same here. Referred to committee, no further action at this time.

House Bill 6020: Repeal crime of having sex without disclosing HIV
Introduced by Rep. Jon Hoadley (D), to repeal a law that makes it a crime for a person who knows that he or she has an HIV infection to have sex with another person without disclosing this. Under the bill this would be a crime only if done with the intention of infecting the other person. Referred to committee, no further action at this time.

House Bill 6030: Restrict declawing cats
Introduced by Rep. Yousef Rabhi (D), to mandate that veterinarians performing onychectomy and flexor tendonectomy procedures on cats and other animals provide the owner with informational materials that the Department of Health and Human Services would be required to make available. Referred to committee, no further action at this time.

House Bill 6031: Ban debarking dogs
Introduced by Rep. Tim Sneller (D), to prohibit performing a “devocalization” procedure on an animal, such as debarking a dog, except for therapeutic reasons related to the dog’s health (versus an owners convenience), with penalties of up to 93 days in jail for a single offense. Referred to committee, no further action at this time.