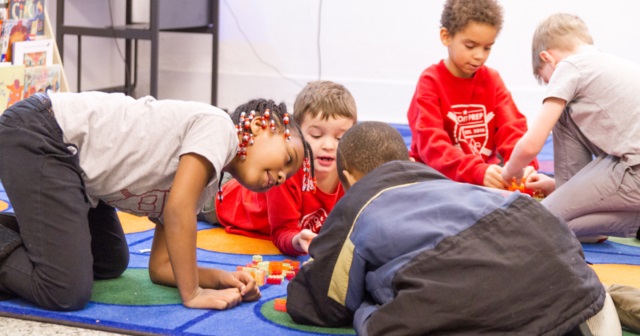 Editor's Note: This article first appeared in The Detroit News on January 16, 2020.

After decades of struggle and multiple rounds of unsuccessful state interventions, Detroiters have every reason to be hungry for any sort of good news about their school district.

But improving the outlook for Motor City students means giving them access to more schools beyond the district, or even the city’s large public charter school sector. While one lawsuit specifically highlights the monumental need they face, a pair of other major court cases offers serious hope to some families in need.

Detroit’s school district has experienced a recent slate of positive developments — improved test scores and a cleaner financial audit. The district’s performance in both areas has been so poor for so long that small signs of improvement make for big headlines.

District officials also eagerly tout the reversal of a long-term enrollment drop. To continue attracting more students, the district will require additional school facilities that are clean and safe. Superintendent Nikolai Vitti will have to overcome skepticism in his quest to get community leaders to back a $500 million bond proposal.

Recent history makes the case for more money a difficult one to sell. A decade ago, Detroit voters approved a $500 million bond. Little clear evidence remains of how the money was spent. In 2016, the state Legislature voted to send Detroit Public Schools more than $600 million in extra funds to pay down debt and support the transition from state oversight back to local school board control.

Meanwhile, thousands of students urgently lack a solid foundation of basic academic skills. On the nation’s report card for math and reading, Detroit has finished last in the nation among large cities all five times the district has been measured, most recently in 2019. A sliver of light — a significant drop in the share of fourth-graders performing poorly in math — was cause for some to celebrate, in a city craving good education news.

Yet both national and state tests show that the vast majority of district fourth graders cannot read at grade level. And looming in the background is a three-year-old civil rights lawsuit against the state for denying Detroit students a basic right to literacy. The academic problems are real and overwhelming, but the district cannot be expected to meet all the deep educational needs of the city’s students.

Over the past two decades, thousands of families have flocked to public charter schools as promising alternatives. Today, more Detroiters attend a charter than the district school assigned to them by where they live. The best evidence has shown most of these parents have made sound decisions about their children’s learning environment.

A 2015 study out of Stanford University’s Center for Research on Educational Outcomes found that the average Detroit student gained somewhere between extra weeks to extra months of learning by moving to a charter school. CREDO even identified Detroit’s charter sector as a national model. When compared to district schools (with the exception of a few selective-admission high schools), Detroit charters also provide a clear advantage in sending students to college and preparing them to do college-level coursework. Yet not enough charters have delivered the significant educational improvements needed.

A shrinking number of private school options remain, with one particularly accessible to some of the city’s disadvantaged population. Detroit Cristo Rey is as effective as any city high school at sending and preparing students for college. The school is private in terms of being operated with a distinctly Catholic purpose and mission, but it’s only exclusive in that it requires incoming freshmen to come from low-income families. Even so, Cristo Rey graduates complete college at a rate three times higher than the national average for their socioeconomic status.

Cristo Rey’s 2015 valedictorian, Dolores Perales, has a degree from Michigan State University and is pursuing graduate studies in environmental science. Her brother Christian, the Class of 2018’s salutatorian, has adjusted to life at Dartmouth University. Their dad never finished high school, and their mom never went to college. But the parents have sacrificed to provide a safe and effective education to their four children — including the younger two currently attending Cristo Rey.

“Going there shaped who I was,” Christian says. “I learned that if I wanted to succeed, I’d just have to work my hardest, and eventually I’d figure out a way to get it.” Some of his classmates are now employed full time with the local company where they gained experience through Cristo Rey’s corporate work-study program. One friend who attended a district high school ended up dropping out and going down a different path.

Sadly, many Michigan policymakers and other leaders treat schools like Cristo Rey as an afterthought for expanding educational opportunities to help kids like those in the Perales family. An especially restrictive amendment in our state constitution has closed the door on direct public support or even public tax benefits to help families pay for private schooling.

Yet two legal rulings in 2020 could combine to bring Detroit families good news.

First is the landmark Espinoza case before the U.S. Supreme Court. Single mother Kendra Espinoza applied for and received a Montana tax-credit-funded scholarship to help cover tuition so her two daughters could escape bullying and get help with their learning challenges. Montana’s treasury department said she couldn’t use the scholarship at a religious school, and the state’s highest court later struck down the program.

With help from the Institute for Justice, Espinoza and other parents are seeking relief that could strike down Blaine amendments in Montana and more than 30 other states. These amendments are bastions of 19th century anti-Catholic bigotry now serving as institutional impediments, denying many families access to their preferred learning options.

Michigan’s anti-aid provision is of more recent vintage, fast approaching its 50th anniversary of denying opportunities to children. In a second court case, this one in the lap of the Michigan Supreme Court, a compelling argument is being made that the amendment violates the U.S. Constitution’s guarantee of free religious exercise. The text of the 1970 measure appears neutral regarding religion, but evidence from the time shows that some of its key supporters vilified the Catholic Church to woo public support.

n the late 1960s, nearly 80% of Michigan nonpublic students attended Catholic schools. As these schools’ robust enrollments started to slip, the Legislature voted to provide them with millions of dollars in direct state aid to provide instruction in nonreligious subjects. Opponents dubbed the practice “parochiaid,” a clear attempt to stigmatize religious, and especially Catholic, institutions. “I have never witnessed such anti-Catholic sentiment in my life,” noted one politician who himself opposed the aid package.

The Council Against Parochiaid ran a successful statewide 1970 ballot campaign to undo the legislation. But the measure didn’t stop there; it placed far-reaching limits on even indirect aid for parents who chose to pay private school tuition in addition to their public school taxes.

In its campaign literature, Americans United for Separation of Church and State declared: "Let's be fair. …. More than 90% of all parochiaid funds go to schools owned by the clergy of one politically active church.” The Council Against Parochiaid urged volunteers to “contact all Protestant Church ministers and Jewish Rabbis in your area asking them to sermonize against Parochiaid and encourage their congregation to vote YES” on the ballot measure.

Today, Michigan’s private education sector is considerably smaller, though more diverse in terms of religious, and even nonreligious, offerings. Neighboring states, by contrast, all provide some groups of disadvantaged students with publicly funded opportunities to thrive in a private educational environment of their family’s choice.

But such an opportunity has eluded many Michigan parents whose struggling children need a different place to learn. To the extent their wishes align with the findings of broader national surveys, many more parents in this state would like to send their child to a private school than have the means to do so. Public support for educational choice works, as can be seen in the large numbers of satisfied parents who have exercised choice, as well as the academic achievement and civic values of students at private schools.

Nowhere do families more keenly feel the need for more quality educational options than Detroit. The time has come to stop letting the prejudices of the past steal their hope.