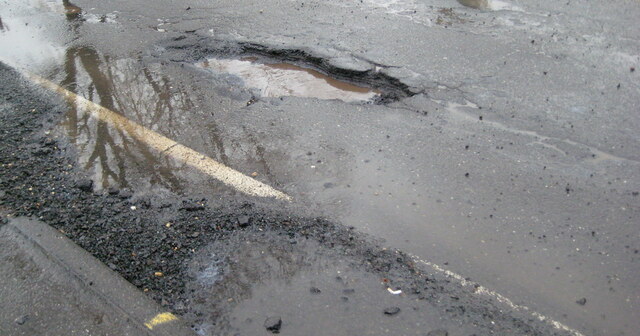 Some Michigan legislators have introduced bills to try to get county road commissions to pay down their pension debt and prefund their retiree health insurance benefits. The bills would create a matching grant program and allow the commissions to levy property taxes to pay for employee benefits. Lawmakers shouldn’t have to encourage local road commissioners to do the right thing, however.

County road commissions tend not to levy their own property taxes, though a couple of them do. They take care of their roads with transfers from the state and the federal government, and those funds come from fuel and vehicle registration tax money. That means that the money from today’s road taxes go to pay for the care and maintenance of yesterday’s roads to the extent that it is used to pay for retirement debt.

It’s not supposed to be like this. Road commissions are not required to give their workers a pension, though most do. If the road commission employees want a pension and their employers want to help them get one, it’s better for both to prefund benefits. That is, commissioners should set aside a dollar into the pension system for every dollar’s worth of pensions their employees earn.

This hasn’t happened. Road commissioners have set aside only 69 percent of what they need to pay for the pensions earned. The total gap between what is saved and what is owed is $428 million.

Retiree health insurance has been another matter. These benefits are rare in the private sector, and employees tend to be covered by Medicare regardless of whether employers provide them. The benefits are also legally unreliable for retirees since road commissioners can unilaterally reduce benefits that are not subject to language in collective bargaining agreements. Commissioners have been setting aside nothing to pay for benefits, but instead simply pay insurance premiums when they came due. This kicks the costs of service into the future, and it would cost another $720 million to prefund them.

The state distributes $906 million to county road commissions a year, so the state could do nothing except pay down road commission retirement benefits for the year and there would still not be enough to properly fund both pensions and retiree health benefits.

The private sector in Michigan has already switched over to a different kind of retirement benefits. A review of 24 major private companies in Michigan found that every employer used a defined contribution plan; 25 percent also offered cash-balance pension plans, which have more predictable costs and liabilities, and none offered new employees the chance to participate in conventional pension plans. Only 12.5 percent of the employers offered any kind of employer-supported retiree health insurance benefit.

Some road commissions avoided the problems besetting their fellow commissioners. The Barry County Road Commission offers its employees a 401(k)-style plan and carries no legacy pension debt, though it still needs some $370,000 to prefund retiree health insurance benefits.

These retiree costs are a self-inflicted fiscal problem for road commissions, hindering their ability to maintain their roads. So, residents pay more than what they should and get less in road improvements. That, in turn, keeps people from where they want to go and it costs them money.

Government managers across the state and across the country have inadvertently made their own employees major creditors of the government by underfunding retirement benefits. So, road commissioners in Michigan are not alone. But they ought to fix the underfunding problem themselves and stop generating more retirement debts. It’s grown to such a large problem, though, that some lawmakers are considering how to encourage them to do address the issue.