Coping with the Growing Number of Felons in Michigan 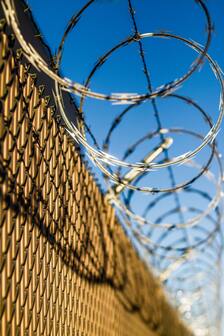 The latest available data from the Michigan Department of Corrections indicates that Michigan courts delivered 47,347 felony convictions in 2016. Because some people received more than one conviction, the total number of people with new felonies is slightly smaller, but tens of thousands of Michigan citizens who did not have a felony record at the end of last year will have one by the end of this year. We should carefully examine our policies to ensure that we’re prepared to meet the challenges posed by this growing demographic.

Less than 20 percent of this year’s convictions – 9,648 of them, to be precise – resulted in a prison sentence. We didn’t add a shocking number of people to our prisons (our prison population is in fact declining and we are slated to close a facility in 2019), but we ended 2016 with about 37,700 more convicted felons in our workforce and communities. There’s no reason to think that when the numbers are finally tallied, they will change dramatically for 2017 and 2018, meaning that we’ll end this three-year period with over 140,000 new felony convictions.

With crime rates in Michigan and the nation continuing their gradual decline, this is the period of greatest safety in recent history. However, it's important to consider the implications of these statistics for our job market and social fabric, for about 95 percent of those who received a conviction and were incarcerated will eventually be released.

In about 200 state-licensed occupations, a worker who gets a felony conviction stands to lose his license, even if the nature of the crime is completely unrelated to the nature of his job. When licensed (and usually skilled) workers are barred from well-paying jobs, several harms occur. Most obviously, their income may decline and poverty will increase. Employers (many of whom already report labor shortages) will suffer from a lack of employees. That lack of employees, in turn, can harm consumers. We see this in a quiet shortage of housing, which can be blamed in part on a lack of skilled trades workers.

Felony convictions also create a host of other consequences: They pose barriers to housing and education as well as employment, not to mention create a social stigma. Multiply that by tens of thousands of individuals, and what we’re left with isn’t good.

Part of this problem can be solved with legislation this year. Lawmakers are considering bills that would help ensure that occupational licensing requirements don’t needlessly bar people from work. Other reform proposals would automatically clear low-level felony convictions from a person who has stayed out of trouble for a decade or more after a conviction.

The situation can also be tackled by individual members of society, such as the business owners. They can commit to giving people with a record a fair shot at a job or even seek out offenders and the formerly incarcerated and offer them job opportunities. Anecdotal evidence shows that these “second chance employees” are appreciative, ambitious and hardworking.

We should do all we can to help returning citizens integrate safely and successfully into society. Having stable employment and housing reduces the odds that they will commit new crimes, while minimizing disruptions for employers, landlords and families with children. Better outcomes are possible, and they would benefit all of us.