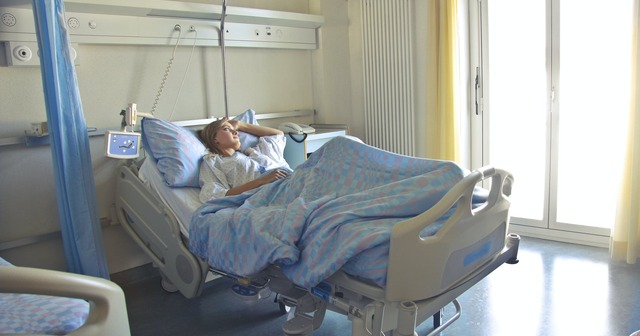 States should eliminate these laws

Editor's Note: This article was first published in The Hill on July 24, 2021.

Americans have had a shared frustration for decades with the lack of transparency and ever-increasing costs in health care. Count me among them.

In April, my wife and I welcomed our first child into the world. It was a wonderful experience. Remarkably, our son was over 2 months old before we received all the final charges from his and my wife’s hospital stays. Budgeting for those expenses was nearly impossible.

But that’s the America we live in, where both the federal government and state governments have a massive hand in regulating health insurance, access to health professionals, and the price and availability of services. In fact, there are so many laws and regulations governing the health care sector that it’s hard to even know which way is up.

And some legislators want to get even more involved. Democrats in Congress are pushing, and President Biden and Vice President Kamala Harris have openly supported, the government having an even heavier hand at regulating and controlling the health care industry through a public option or “Medicare for All.” But these options will just shift costs to taxpayers and make the system even less transparent.

Instead, a proven way to decrease costs and increase quality is to increase competition.

On July 9, Biden signed a wide-ranging executive order aimed at promoting more competition in the American economy by urging federal agencies to crack down on anti-competitive practices in various sectors, including health care.

The order states, “The American promise of a broad and sustained prosperity depends on an open and competitive economy.” For consumers this means “more choices, better service and lower prices.” He’s exactly right.

Some health policy experts say that the Affordable Care Act has increased prices and led to more hospital mergers, something the president did not acknowledge in his executive order. But it’s surprising that he did not mention that state certificate-of-need (CON) laws are anti-competitive measures that increase the costs of health care services, because they do.

The federal government hasn’t shied away from weighing in on CON laws before. The Federal Trade Commission (FTC) and the antitrust division of the Department of Justice wrote in a joint statement in 2015 that “CON laws can prevent the efficient functioning of health care markets in several ways that may undermine [the] goals of reducing health care costs and improving access to care.” The FTC has advocated against CON laws for decades “because they prevent health care providers from responding quickly to meet market demand.”

Initially, the federal government championed CON laws and encouraged states through legislation enacted in 1974 to pass such laws or risk losing federal resources dedicated for health planning. The hope was that CON laws would restrain health care spending, increase quality and improve access.

In 1986, Congress repealed the legislation providing the financial incentives for states to maintain CON laws after the laws failed to achieve their stated goals. Since then, a dozen states, representing roughly 40 percent of the population, have fully repealed their CON laws.

State CON laws that remain have no uniformity. Some states operate just one program, but others have more than 40. Some laws apply only in urban areas and exempt rural areas. The fact that these laws vary from state to state — from no laws to dozens — confirms that they are less about public safety and controlling costs and more about restricting much-needed competitive forces.

States realized the issues with CON laws while working to contain and treat COVID-19. That’s why, early on, at least 25 jurisdictions had suspended or loosened their CON requirements to more effectively respond to market demands. Patients, both with and without the virus — benefited. Research from the Mercatus Center at George Mason University found that “states without CON laws between mid-March and late June 2020 had fewer hospital deaths than states with CON laws, and that more than half of these lives saved were non-COVID patients.”

President Biden is right to encourage competition to increase choices, lower costs and provide better services, but he should explicitly encourage the crackdown on state CON laws. Governors and legislatures across the country can save the federal government some time and much-needed resources, however, by simply eliminating them themselves.