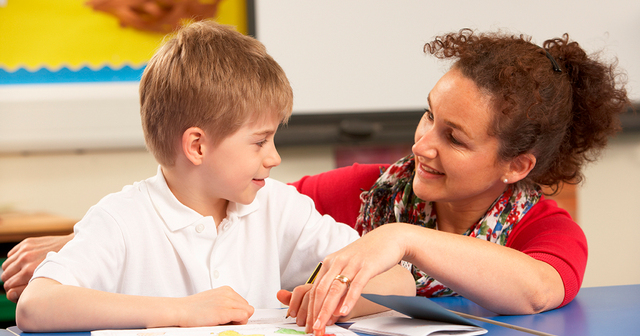 Over seven years ago, Michigan passed a law calling for teachers to be paid based on performance. The law has been largely ignored, despite evidence that the old compensation system doesn’t work.

The traditional way of paying teachers according to seniority and academic credentials does not benefit student learning. Research has shown that having a teacher with a master’s degree offers a student no advantages. A Brookings Institution report calls it “one of the most consistent findings in education research.” Yet in Michigan, hundreds of millions of dollars go to funding these “master’s bumps” rather than recognizing teachers for merit.

Resistance to reforming educator compensation comes from many places. The more teachers are judged and rewarded as individuals, the less clout labor unions have in representing teachers as groups. Overhauling the compensation system also entails major changes to school’s HR departments. School officials accustomed to operating in the compliance mode have no natural inclination to do otherwise.

The political will needed to overcome the challenges is weakened by the mixed research on merit pay reforms in the U.S. Ineffective teacher incentive programs in Nashville and New York City garnered splashy headlines about how merit pay doesn’t work either. Positive results from Little Rock and Washington, D.C. tell a more nuanced story. And a forward-thinking Colorado Springs school district program has given evidence of success, but it demands more rigorous study.

A 2009 Michigan law requires local public schools to recognize “job performance and job accomplishments as a significant factor in determining compensation.” Student academic growth data, according to the law, has to be a factor. Yet seven years after the law took effect, nearly all of the state’s 20 largest school districts have no real merit pay policy. Some districts do have a policy, but they give nominal bonuses of $50 or $75 to every teacher who clears a low bar in the evaluation process.

Merit pay doesn’t have to be about simply rewarding teachers for test scores, as some opponents have argued. Detroit Public Schools provides a $5,000 incentive to teachers with strong evaluations and low absence rates. Kalamazoo offers extra pay for teachers who earn a certificate from the National Board for Professional Teaching Standards or opt to work in high-poverty, low-performing schools.

The relatively simple and modest departures of Detroit and Kalamazoo show the way for the districts that have opted to disregard the law. The Legislature should consider adding its own incentive to ensure districts at least attempt to follow state policy.

New evidence from a neighboring state strengthens the case for Michigan to step up and change the teacher pay paradigm. Stanford University economist Barbara Biasi studied what happened in Wisconsin after its major 2011 labor reforms. The law allowed districts to negotiate performance-based compensation with individual teachers. She tested what happens when these districts compete for teachers with districts that stuck to the old salary schedule.

Biasi found the quality of the teaching workforce in the reform-minded districts improved. She attributed at least some of the improvement to top-notch teachers migrating to employers that let them negotiate better individual salaries, and to lower-quality teachers leaving the profession. The combined result was a boon to students’ math and reading scores.

Biasi’s analysis further suggests that if all Wisconsin school districts adopted the merit-based approach, there would be a smaller but more widespread benefit. More ineffective instructors would leave classrooms, and better teachers take their place.

But recent history shows us that many Michigan districts will need some serious encouragement before they improve teacher quality through smarter pay systems.