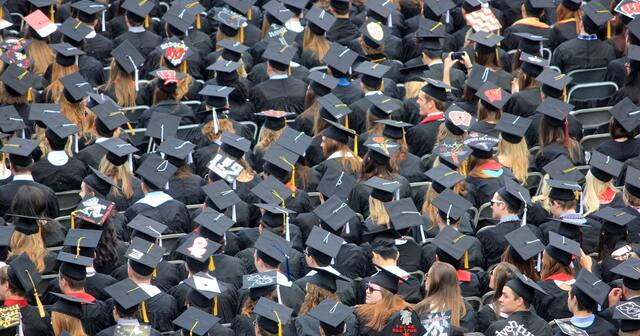 Editor's Note: This article first appeared in The Detroit News on May 1, 2019.

While Michigan is experiencing historically low unemployment, a better trained workforce should further enhance opportunities for individual workers as well as the state's general prosperity. Whitmer's proposals could help bridge the current gap, if funding and accountability measures are applied to a broader range of training opportunities.

The proposals, recently introduced as legislative bills, are most closely modeled after two Tennessee programs that provide "last-dollar" financial and mentorship support to all qualifying students to attend one of the state's community colleges. "Last dollar" means that the state will chip in only after all other financial aid, including Pell Grants, is considered.

The mentorship component is also crucial, as Tennessee has reportedly experienced significant challenges in increasing the number of low-income students who can get to the college finish line. Tuition is not the only obstacle these students face. For some it's incompatible course schedules, difficulty finding consistent transportation or child care, or simply finding information about navigating the system. Any effort to make college education more accessible requires effective strategies to support motivated students and give them every chance to succeed.

Michigan's versions of these proposals are targeted toward recent high school graduates and adults 25 or over seeking skilled workforce training. Some data are available for the program targeted toward recent high school graduates, Tennessee Promise, since its first group of students enrolled in fall 2015. More Volunteer State graduates are filling out their federal financial aid forms, as the program requires, and enrolling in community colleges. When it comes to more students earning an associate's degree credential, however, the numbers aren’t so clear.

For Michigan’s 28 community colleges, about 40 percent of funds come from tuition and fees, a third from local property taxes and most of the rest from the state budget. State funding is discretionary, outside of a vague constitutional requirement to establish and provide some level of financial support to “community and junior colleges.” Taxpayer funding for these schools is, at the moment, not connected to how many students are at the institutions, or how many graduate, or whether their students find quality employment. They are, instead, the result of political negotiations and influenced by what lawmakers did the previous year.

It shouldn’t be a surprise that demand for community college and state funding move in opposite directions. The 2000s saw a 62 percent increase in students and a 25 percent decline in state spending on community colleges. Since then, enrollment is down nearly 30% while funding is up 17 percent.

Tuition, on the other hand, only goes up. Inflation-adjusted tuition rates increased by an average of 25 percent for all Michigan community colleges from 2000 to 2010. The decline in students and an increase in state funding didn’t stop tuition hikes after the recession, as tuition increased another 26 percent since.

Community colleges face the same cost problems that have plagued other higher education establishments and have consistently driven up the price of attendance. Perhaps the recent tuition increases drove students away from attending the colleges, but it’s more likely that community college tends to be a more attractive option when businesses aren't hiring. In other words, a healthy economy is bad for community colleges.

Whitmer’s plan will be most beneficial if it converts the current practice of blanket spending into scholarships that encourage attendance and completion. It makes new state funds conditional on educating students, as opposed to our current policy that simply funds the institutions based on whatever money lawmakers agree to provide. Public accountability demands that the state should carefully track and report data on students directly funded through this program, to see how it compares to the current model.

The scholarship would prove truly beneficial if it reprioritizes the money the state already gives to the schools rather than simply increases total spending. The state can get better student outcomes from community colleges if it uses its funding to incentivize those results. This is a separate question from whether it should encourage outcomes with more than it currently provides.

Not all of Michigan’s 28 community colleges are equipped to deliver the governor's stated goals. Students might find better opportunities elsewhere. If the state wants to encourage recent graduates to get the training and experience needed for good-paying jobs, it should look at community colleges, but also beyond them. The proposal can be made stronger by also funding access to programs run by industries and trade unions. These groups have the clearest understanding of what is needed; they can also provide a direct access to employment.

Michigan can encourage more young people to find their own productive paths to skills and success. But not every path needs to go through the state's degree-granting institutions.