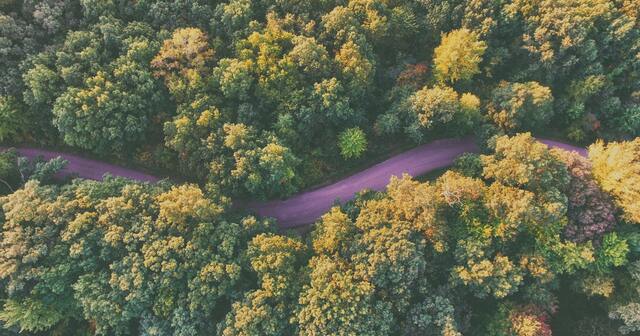 Recent media reports lit up with news that the oil and gas industry has agreed to endorse a tax on carbon dioxide emissions. Several weeks ago, the American Petroleum Institute (API), one of the nation’s largest oil and gas trade associations, voted to support the tax as a replacement for current greenhouse gas regulations. Readers should realize that the API’s support for the carbon tax is based on at least four big myths.

First, this support for the CO2 tax is based on the questionable notion that American society requires some regulatory motivation to reduce its greenhouse gas emissions. It clearly doesn’t.

Even under the Trump administration’s push for energy dominance, the U.S. reduced greenhouse gas (GHG) emissions. Driven largely by electricity producers switching from coal to natural gas, but also magnified by last year’s COVID-19 lockdowns, the U.S. has reduced its CO2 emissions by 24 percent from 2005 levels. While GHG emissions are expected to increase slightly in 2021 as the economy comes out of coronavirus lockdowns, they should remain below 2019 levels.

Second, support for the CO2 tax is based on the idea that the tax is a market-based means of reducing greenhouse gas emissions. In theory, perhaps; in practice, it won’t be.

CO2 tax supporters argue that, of various options for regulating emissions, taxes do the least economic harm. The idea: Government sets a broad, economy-wide cost for each unit of CO2 emitted and then allows business to work out the most efficient way to meet that goal. But this ostensibly market-driven policy approach typically leads to a stream of additional government-imposed market failures.

For the tax to efficiently achieve its goals, the money collected should be quickly returned to consumers and businesses. But in the real world, these tax dollars are a tempting source of funding for politically privileged green spending.

Elected officials on both sides of the aisle will quickly find ways to divert tax dollars to what they call investing. Typically, this means constructing wind and solar facilities that are owned and operated by their friends and campaign supporters, or that bring subsidized green jobs to their state. Government continues its practice of choosing winners and losers, and academic arguments about markets efficiently allocating dollars are quickly tossed aside.

Third, the support for the CO2 tax is based on the industry’s expectation that the tax will replace the numerous climate mitigation regulations on the books. It won’t.

Legislators promise to reduce climate regulations to gain supporters for the CO2 tax. But that promise will fade before the next round of budget negotiations, as environmental activists and regulators demand new regulations and legislators push to increase the tax rate. Attempts to appease green interest groups with a CO2 tax and also reduce regulatory burdens will more likely result with the same regulations piled on top of the new CO2 tax.

Lastly, support for the tax is based in the false hope that reducing American emissions will have a significant impact on climate. But as John Kerry, President Biden’s special envoy for climate, recognizes, even the most extreme American cuts can’t begin to make up for China’s growing emissions. In his Jan. 27 White House statement, Kerry acknowledged that “almost 90 percent of all of the planet’s emissions — global emissions — come from outside of U.S. borders. We could go to zero tomorrow and the problem isn’t solved.”

And China has made it absolutely clear, with the publication of its most recent five-year plan, that it is very interested in selling solar panels into gullible Western markets but has no intention of imposing any restrictions on its own energy use. As one analyst put it, “Beijing’s plan institutes no carbon cap, no coal phase-out, and no roadmap” to achieving President Xi Jinping’s promise to achieve CO2 neutrality by 2060.

The CO2 tax is a regressive burden on the energy that keeps Americans comfortable and healthy, and it will impose its greatest financial burdens on the businesses and communities that can least afford it. Americans already are drastically cutting emissions, and the arguments in support of the tax undercut the very market mechanisms upon which supporters claim to rely. Willingly raising the prices of our essential energy resources helps our international competitors and requires us to ignore history in a naive hope for nonexistent regulatory certainty.

None of these options is a solid foundation for effective energy policy.