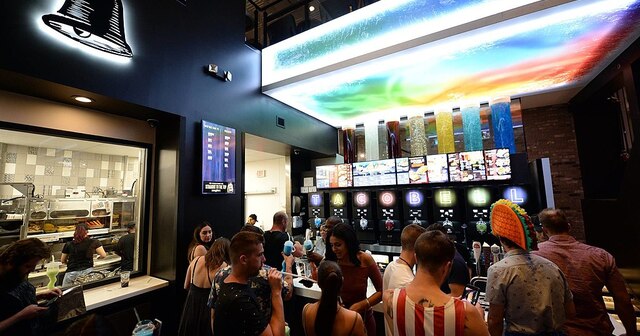 A Taco Bell Cantina (photo by Steevven1 at Wikicommons).
Blog

City Denies Alcohol License to Restaurant it Doesn’t Like

A city in Michigan is denying an alcohol license to a restaurant, apparently because government officials don’t like the style of service and type of food offered there.

According to the Detroit Free Press, Royal Oak city officials voted to deny an alcohol license to a Taco Bell Cantina “after police expressed opposition.”

Commissioner Kyle Dubuc said that the Taco Bell Cantina didn't fit with the city's vision for the bistro-style licenses.

"I would say more that when we think of unique concepts that would not include national fast-food chains," DuBuc said. "Think locally managed, local concepts that are bringing a kind of unique flavor and unique identity."

But the Taco Bell Cantina is locally owned — it’s just a franchise of Taco Bell. The “cantina” brand is an intentional effort to give the restaurant more of a local feel, and it has been rolled out in large cities throughout the U.S.

The attorney for the owners of the Taco Bell Cantina in Royal Oak said they had planned to serve craft beer and liquor from local brewers and distillers. The location had been vacant for nearly four years, but the restaurant invested $750,000 to develop it and hired 20 employees. If the license had been approved, they planned to hire 20 more.

"People keep on coming in, wanting slushy margaritas," [attorney Jim] Rasor said. "And we don’t have them, and they leave. The location is not doing type of numbers that are going to sustain it without these new novelty alcohol drinks ... (It) may very well turn into another vacant storefront on Main Street."

When city officials decide who gets a liquor license, they should not discriminate based on their personal opinions about the food or atmosphere of the restaurant. If a legal business or individual follows the proper procedures, government rules should be fair to everyone. And if city officials feel they need to protect local residents from substandard food, they should rest assured that market competition has been providing that service very well for centuries.