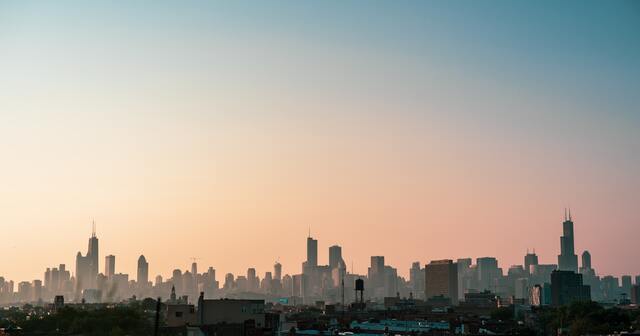 Cities and Suburbs Should Grow Together

The fastest growing areas gain residents in both cities and suburbs

There are ongoing squabbles between Detroit and the communities around it. When a business or sports team moves downtown, it’s big news, as it is when a company moves from downtown to elsewhere. But regions don’t grow by reshuffling the work locations between cities and suburbs. (And taxpayers should be skeptical when that shuffling happens with their money.) Instead, the regions that do the best grow together.

From 2010 to 2016, the Census Bureau estimates that Detroit lost 5 percent of its population. The region as a whole coasted, increasing by just 6,244 people — a 0.1 percent gain. That’s the worst record among both the 20 largest regions in the country and their central cities.

While the disparity between city and region was strong in Detroit, it wasn’t the highest in the nation.

In some areas, though, city population growth outpaced regional growth. For example, the city of Seattle increased 7.0 points more than its metropolitan statistical area.

The disparity in population growth between cities and their metropolitan statistical areas, 2010 - 2016

Yet looking at whether cities or suburbs are growing more misses the important point: The regions that are doing the best have increasing numbers of people in both the cities and the suburbs. Denver grew by 15.2 percent over the period and the Denver region grew 11.7 percent. Houston grew by 9.8 percent and its region grew by 13.9 percent. 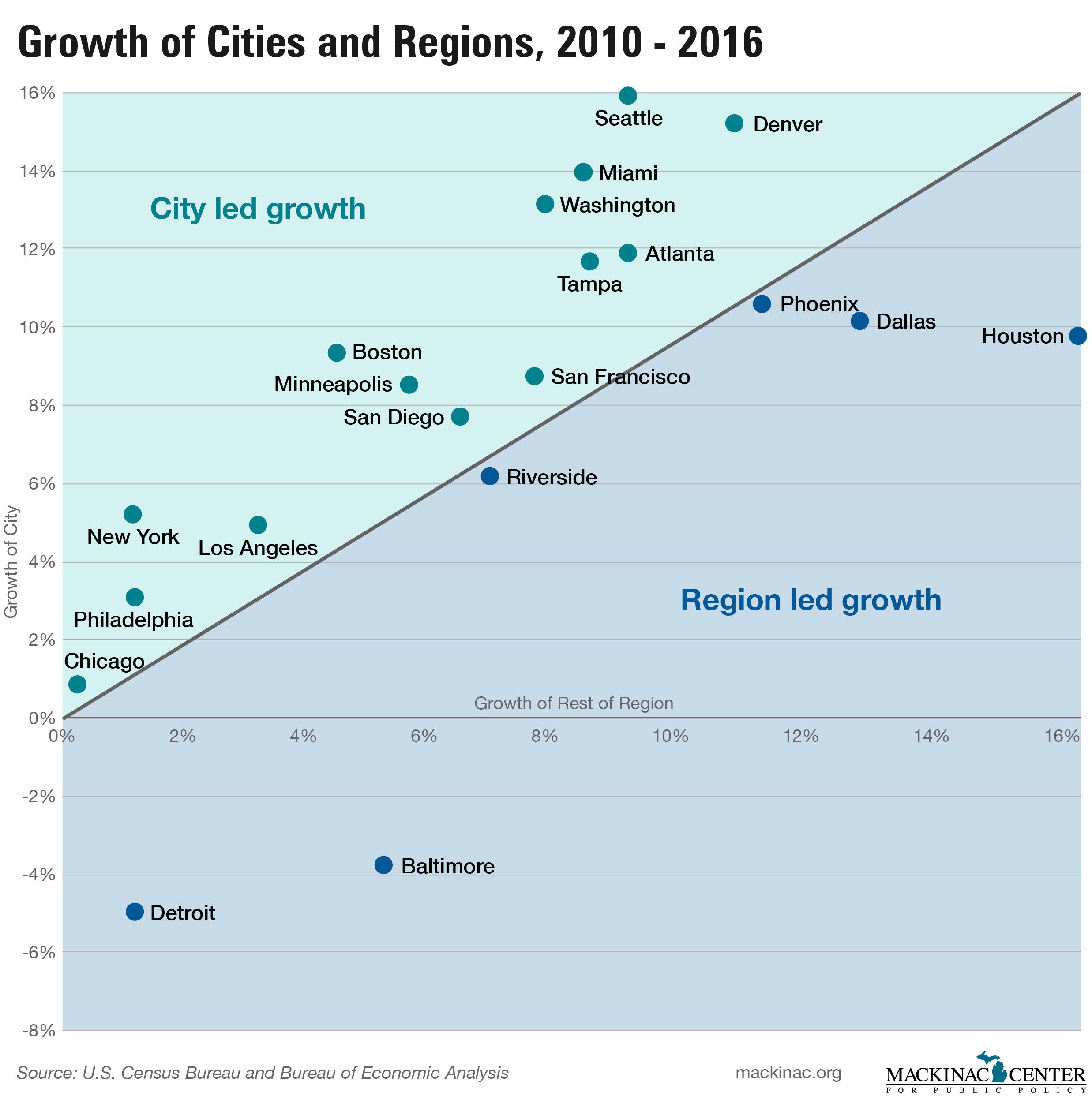 Detroit and its suburbs will do well together or not at all. A prospering economy will attract people from around the country and the world, and they will land either in the city or the suburbs, depending on their preferences. That dynamic ought to be more important than transferring office locations between cities and suburbs at taxpayer expense.

The Overhyped Conflict Between Cities and Suburbs