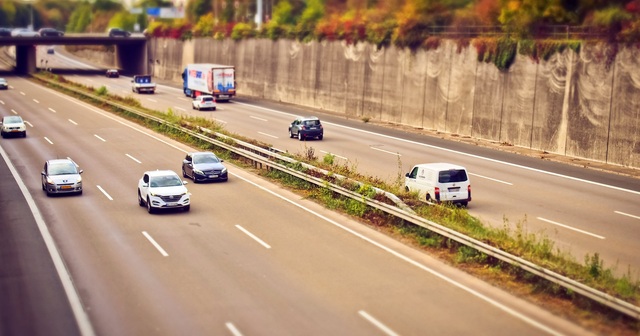 Photo by Pixabay on Pexels
Blog

The boards of a handful of Michigan counties have taken it upon themselves to weigh in on the state’s auto insurance laws. Several others, such as Midland County, are considering joining them. These counties all agree: Gov. Gretchen Whitmer and the Legislature must undo some of the long-awaited reforms they agreed to in 2019, reforms that are saving Michigan drivers hundreds of dollars per year.

You may be wondering what auto insurance laws have to do with county governance. The answer is: not much. These county boards, nevertheless, are passing resolutions urging the state to make a very specific change to its auto insurance laws. They want lawmakers to remove the limits placed on what medical providers can charge for the most uncommon and expensive services, such as around-the-clock, in-home care and housing for accident survivors.

These resolutions appear inspired by talking points from the medical providers who would directly benefit were the law to be changed. The resolution Midland County is considering and others like it call the problem “a humanitarian crisis born from a government-mandated price fix.” That hyperbole is lifted directly from the website of the Michigan Brain Injury Provider Council, a special interest group made up of medical providers that lobbies against limits on what they can bill insurers.

Why it took these counties so long to recognize this problem is difficult to say. Gov. Whitmer and the Legislature approved these cost control reforms back in 2019; they’ve been coming for more than two years. Counties were largely silent about these reforms until now. Only after the cost controls went into effect last July and medical providers started feeling a pinch did this become a “humanitarian crisis.”

Counties are making a number of unsupported claims with these resolutions. For instance, the proposed resolution in Midland, similarly to many others, appears to accuse the entire auto insurance industry of committing fraud. It reads: “Despite the statutory obligation [to pay higher rates], Michigan Auto Insurance companies are only paying providers 45% of what they were receiving in January 2019.” It’s a bold claim, but the resolution points to no evidence supporting it.

These resolutions also exaggerate the size of the potential problem. Oakland County, for example, declares that “already more than 18,000 individuals with spinal cord injuries, brain injuries and other catastrophic injuries in Michigan have to find another way to receive care and support.” This is wrong on two levels. First, only about 6,600 individuals are currently receiving the long-term and extraordinarily expensive care that was subject to these cost controls. Second, even among this smaller group, not all of them must change their care providers.

It's true that a small number of seriously injured accident survivors may have to change care providers or modify their level of care. But Gov. Whitmer and the Legislature have tried to help ease this transition in multiple ways. As mentioned, they gave medical providers and their clients two full years to adjust to the reforms. They also required the state insurance department to assist people who have problems with their care. Since the new rates went into effect, there have been just 114 formal complaints, and 97 of those have been resolved. The Legislature even set up a $25 million relief fund for medical providers that need financial support to adjust to the cost controls. As of February, only three have applied for aid.

It is difficult to pinpoint the exact size of this problem, but it’s well short of a crisis, despite the rhetoric of special interest groups. Even with the 2019 reforms, Michigan still provides some of the most generous medical coverage in its auto insurance laws in the entire country. If that’s a humanitarian crisis, what do we call the situation in nearly all other states — the apocalypse? One thing is clear, though: The 2019 changes are making it possible for more people, especially from low-income households, to afford auto insurance. The cost controls and other reforms are reducing costs for millions of Michigan drivers who have paid the highest insurance rates in the country for years.