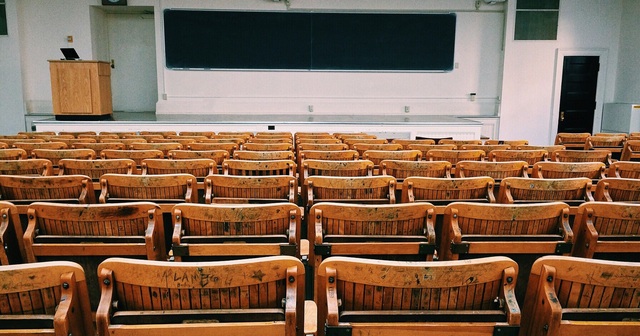 What we know about the Michigan Parents' Council

Gov. Gretchen Whitmer’s newly created Michigan Parents’ Council does not appear to require significant input from parents of schoolchildren in the state. The administration also omits political viewpoints and non-public school attendance from its list of diversity criteria.

The council “will represent parents from across Michigan and host a series of regional parent roundtables to gather input,” according to a Friday press release from the governor’s office, which promises the group will “more formally bring parents into the policymaking process.”

The executive order establishing the Parents’ Council states that it will be an advisory body for the governor and state superintendent. The nine-member council aims to submit a report to the governor “highlighting major themes from the regional roundtables and summarizing education proposals” to inform the Governor’s 2022-2023 budget proposal. The Council’s regional roundtables of parents and family members will discuss “strategies and approaches for combating unfinished learning and supporting children’s mental health.”

The executive order, however, does not require that public comment occur, instead only providing that “the Council may, as appropriate, make inquiries, review studies, and receive comments from the public.” This conditional phrasing could be significant, as Michigan and other states have been embroiled in controversies over suppression and alleged targeting of dissident parents in school board meetings and other forums.

The Governor’s office did not respond to a request for comment.

The Council will give feedback on policy proposals from the governor and state superintendent. Its membership is designed to include seven parents or family members, the governor’s K-12 policy advisor, and a representative of the Michigan Department of Education’s Superintendent of Public Instruction. All seven parents will be appointed by the governor.

Applications for appointment to the Michigan Parents’ Council can be found at https://www.michigan.gov/Whitmer/Appointments, and are due by 5 p.m. August 8.

Potential appointees must be “parents, guardians, or family members…representing various communities within the state and reflecting the diverse geographic, economic, racial, cultural, age, gender, and occupational composition of this state,” according to the executive order. A diversity category not listed in the executive order is political affiliation; as the executive order is written, nothing prevents Ms. Whitmer from appointing seven Democrats to the Council. Appointees will include parents of children in all levels of K-12 education, as well as early childhood learning.

Another qualification given by the governor for appointment to the Council requires that “appointees must represent diverse student experiences.” Those diverse student experiences include having an Individualized Education Plan, speaking English as a second language, and being in foster care. No mention is made, however, of representing students who attend charter schools or otherwise do not participate in traditional public schooling.

The establishment of the Parents’ Council appears to be a significant shift in the governor’s position on the importance of parental choice in education. Whitmer previously vetoed bills that would have provided education scholarships to students that could have been used to pay for various education costs, including private school tuition. A poll conducted by Marketing Resource Group shortly before Whitmer’s veto of the scholarship tax credit bills found that 75% of registered Michigan voters support the concept of school choice, and more than 80% supported Michigan families having access to Educational Savings Accounts, which could be funded by charitable donations or direct government support.

The move comes after a contentious episode involving Michigan Democrats’ views on parental involvement in education. Earlier this year, the party’s official Facebook account made a post which stated in part: “"Not sure where this ‘parents-should-control-what-is-taught-in-schools-because-they-are-our-kids’ is originating,” and also that “The client of the public school is not the parent, but the entire community, the public." That Facebook post was deleted days later after resulting in fierce criticism, after which the account posted a subsequent statement, which included the following repudiation of the previous post: "We have deleted a post that ignored the important role parents play—and should play—in Michigan public schools. Parents need to have a say in their children’s education.”

The state’s constitution in fact mandates that parents play a central role in the education of their children.

“It is the natural, fundamental right of parents and legal guardians to determine and direct the care, teaching, and education of their children,” according to Section 380.10 of the Michigan Constitution.