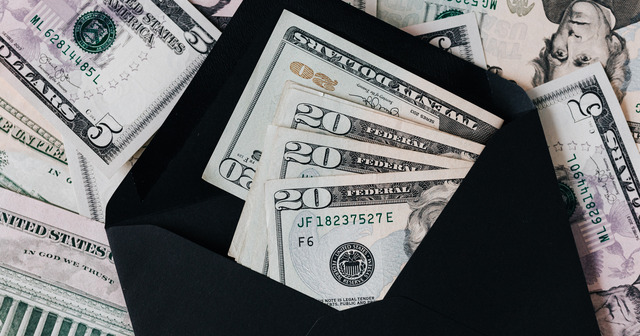 We Are Owed a Promised Tax Cut...and They Work

Gov. Gretchen Whitmer on Wednesday derisively dismissed a tax cut proposal passed by the Senate. Her argument against a cut was supported by a Lansing group that argued wealthy taxpayers would enjoy the largest share of the tax relief. Such an analysis is overly simplistic and lacks basic but vital context.

Senate Bill 768 would, among other changes, cut the state’s personal income tax to 3.9% from 4.25%. These are more than mere numbers. They represent a promise that was made to all taxpayers in 2007 — one that raises the question of whether the people of Michigan can trust their state government.

The Michigan League for Public Policy, a state policy group, claims that most of the benefits of cutting the tax rate would flow to the top earners in the state. In the example it cited from a Washington, D.C.-based tax group, a worker who makes $23,000 or less a year would save only $12 from the proposed personal income tax cut.

But in a state where everyone pays the tax rate, those taxpayers would benefit from a rate reduction to whatever extent they were paying the tax. After accounting for Michigan’s personal exemptions of $4,900 per person, a family of four living on a $23,000 incomewould face a taxable income of $3,400. If someone is only getting $12 a year in benefit from the proposed rate cut, it is because they were paying less than $150 a year in taxes in the first place.

Low-income earners also typically receive more in government support. Aside from non-taxable benefits such as food stamps, child care subsidies, housing assistance, and health care coverage, low-income workers are eligible to receive both a state and a federal Earned Income Tax Credit. And Senate Bill 768 would provide substantial help for these state residents by offering an additional child tax credit of $500 per dependent on top of those offered by the federal government.

There are other reasons Michigan should support a tax cut. Since the State and Local Tax deduction was limited five years ago, state tax rates have a greater impact on where people choose to live and start a business. States recognize this fact and are competing to lower or eliminate their personal income tax. Fourteen states cut their personal income tax last year and Mississippi may follow suit in 2022. Because many small businesses are structed as S-corporations, their personal tax rates are a key factor in state economic competitiveness.

Politicians and press members who want to beat back tax cuts have long discussed how small any particular cut would be, in hopes of trivializing its import. But that’s the wrong way to look at it. It is the aggregate, dynamic impact of a tax cut over time that counts. Research shows that tax cuts mean more growth and job opportunity — for far more than the top earners. The Mackinac Center has estimated that cutting the personal income tax from 4.25% to 3.9% would lead to about 15,000 new jobs. And that’s just in the first year after the cut.

Aside from its economic benefits, cutting taxes is the right thing to do. We are owed a tax cut. In 2007 Gov. Jennifer Granholm increased the personal income tax by 11.5%. The governor and her allies said the increase would get rolled back after she left office. But the subsequent administration of Gov. Rick Snyder allowed only a 0.1 percentage point rollback and scrapped the remaining scheduled cuts.

That was and remains a betrayal of a promise made to Michigan taxpayers by our government. It raises an important question: Can our state government be trusted with any responsibility if it can’t be trusted to keep such a public and fundamental one?

Gov. Whitmer supports tax cuts this year, just the wrong ones. She wants to hand out fiscal favors to narrow interests instead of providing the broad-based tax relief that we need and are owed. She should reverse course and adopt Senate Bill 768 for the benefit of all Michigan residents.