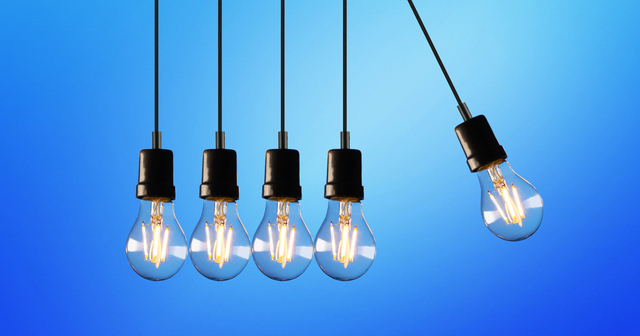 Why spend hundreds of millions in tax dollars building more?

Gov. Gretchen Whitmer has made clear her commitment to imposing electric vehicles on the state as part of her Mi Healthy Climate Plan pledge to “electrify vehicles and increase public transit.” The next step in her plan is to spend your tax dollars on electric vehicle chargers, whether you want them or not.

The state government, via its Office of Future Mobility and Electrification has decided that “Michigan’s communities must prepare and implement charging infrastructure to support two million EVs within the next 10 years.” Administrators are encouraging the development of charging stations whether or not people buy electric cars, and even though the ratio of chargers to EVs is already greater than one-to-one, when you include home-based chargers in the totals.

Department of Energy numbers indicate that, as of June 2022, there were a total of 1,454,480 battery electric vehicles nationally and 17,460 BEVs registered in Michigan. DOE numbers indicate that, as of mid-July this year, there were 49,423 electric charging stations, offering 123,903 charging ports across the U.S. and 1,033 stations, offering 2,322 EVSE ports in Michigan.+ Across the nation then, there are 29 EVs per station and 12 EVs per charging port. The ratio is lower in Michigan, with 17 EVs per station and 7 EVs per port.#

The Department of Energy also reports that “all mass-produced electric vehicles today include a 110-volt-compatible (Level 1) charging unit which is able to be plugged into any standard 110v household outlet.” This means that there are literally more chargers than there are EVs on the road.

But Level 1 charging takes an inordinate amount of time, and EV owners report higher levels of satisfaction with Level 2 or higher chargers. J.D. Power reports that 88% of EV owners often or always charge their vehicles at home and more than half (54%) of EV owners have installed a permanent Level 2 charger. Accounting only for Level 2 or faster chargers, there still is almost a 1:1 ratio of EVs to chargers. Nationally, there is one charging port available for every 1.6 EVs. There is one for every 1.5 EVs in Michigan.

While private organizations are always free to spend their money as they see fit, a comparison to internal combustion vehicles and gas pumps indicates the state and nation already over-invest in charging stations. The Federal Highway Administration reports that, in 2020, there were 275,913,237 motor vehicles registered in the U.S. and 8,453,239 in Michigan.‡ NACS — a “global trade association dedicated to advancing convenience and fuel retailing” — reported in March 2022 that there were 145,000 fueling outlets in the U.S. and an estimated 5,991 in Michigan.* Across the nation then, there are 1,903 internal combustion engine automobiles per fueling location and an estimated 317 cars per pump. In Michigan, there are 1,411 cars per location and 235 per pump.^

In Michigan, there are only seven cars per electric port, when home chargers are excluded, and 1.5 cars per port when they’re included. There isn’t the market exposure necessary yet to justify the current number of ports, let alone the expansion that government administrators are pushing for. Yet governments and EV activists remain committed to spending lavishly on them.

In part, that growth is expected because automobile manufacturers have committed to switching to EVs whether customers want them or not. But more importantly, Michigan’s government has committed to an arbitrary 2 million EVs by 2030 goal and is planning to shower more than $110 million in federal dollars on ever more charging infrastructure. This spending will be a first step in the planned construction of as many as 10,000 Level 3 Chargers and 90,000 Level 2 Chargers across the state by 2030. And the Biden Bipartisan Infrastructure Law, promises access to another $2.5 billion in “charging and fueling infrastructure discretionary grants.”

This spending will prop up programs like the Lake Michigan EV Circuit, designed to build chargers along the lake shore. The Charge Up Michigan program will reimburse up to one-third of the cost, or $70,000 of installing charging infrastructure in specific “tourism attraction places” such as state parks. The state has also “provided $1.9 million in funding” for a one-mile long wireless EV charging road pilot program that aims to allow wireless in-road charging. 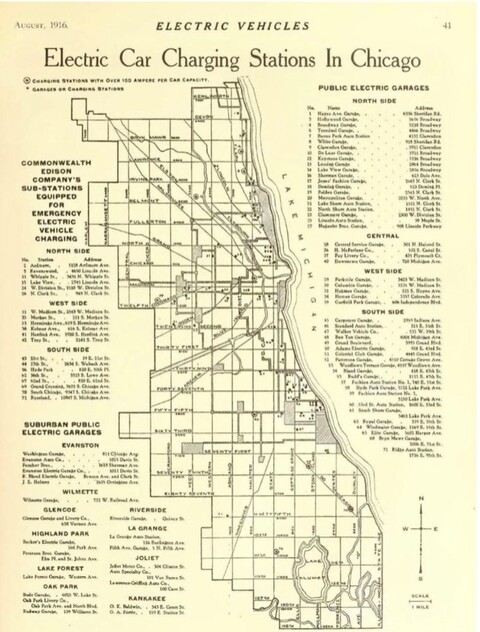 The monthly trade journal Electric Vehicles published a map in its August 1916 issue showing Chicago's network of electric car charging stations. That graphic indicates that the concept of battery electric vehicles is nothing new, and when CleanTechnica.com cited it last year many observers were surprised to learn that we have, almost literally, been down this road before. The e-vehicle industry of Woodrow Wilson's time was prominent enough to support many manufacturers and service providers who advertised in Electric Vehicles during what seems to have been a six-year run (a respectable life span for a publication even back then).

But when drivers were given the choice between electric and gasoline-powered vehicles in the past, they selected gasoline because of its ability to provide a significant amount of energy in a relatively compact, easily handled, and inexpensive package.

Forcing EVs and charging infrastructure onto consumers and then propping them up with subsidies and mandates will prove unsustainable. Gas stations remain a viable enterprise today, not because governments are mandating them, but because customers are demanding the transportation fuels they provide. Lawmakers should remember this basic reality and let the market for car charging stations develop according to customer needs.

+ Each EVSE port supplies the electric power to charge one vehicle at a time.

# Note that these numbers do not include home based chargers, which would lower the ratios even further.

‡ We did not remove the 1,687,421 non-gasoline-fueled advanced technology vehicles — battery electric, and fuel cell electric — reported sold between 2011 and 2022 by the Alliance for Automotive Innovation from this total.

^ We estimated that each fueling location has 6 pumps.