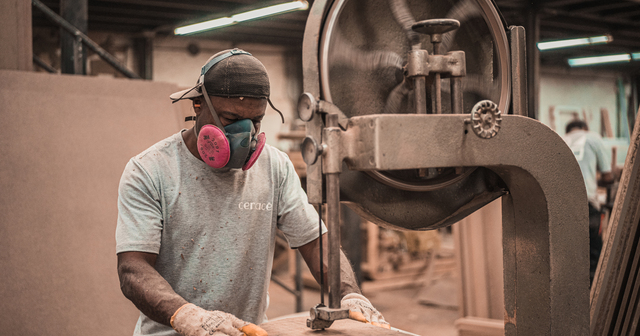 This article originally appeared in The Hill March 12 2022.

President Biden repeatedly has promised to be “the most pro-union president in American history.” But there’s one key group of people standing in his way: The tens of millions of workers who want nothing to do with union membership.

Earlier this year, a Labor Department survey showed that union membership continues to fall. In 2021, the number of union workers declined by 241,000, and private-sector union membership now stands at merely 6.1 percent — the lowest level since the federal government started tracking this data. This decline came despite a massive increase in the overall number of U.S. jobs, as businesses recovered from the worst of the COVID-19 pandemic.

Such dramatic losses aren’t for lack of union efforts. The past year also saw major unionization campaigns at companies such as Amazon and Starbucks, following years of similar efforts at companies including Nissan, Volkswagen and other big employers. Yet, time and again, when given a choice, workers are saying no to union membership.

Unfortunately, these strong rebukes by workers don’t mean much to the most pro-union president in history. Biden has benefitted massively from the $1.8 billion organized labor spent in the 2020 election cycle and he is now trying to make it easier for unions to overrule and ignore workers’ wishes. Consider the policies that Biden has proposed and pursued in just over one year in office.

At the legislative level, he has fully endorsed the so-called PRO Act, a wholesale union wish list. This legislation would eliminate the 27-state right-to-work laws, forcing millions of workers to pay unions against their will just to keep their jobs. It also essentially would mandate “card check,” which could allow unions to organize employers by publicly intimidating employees. The legislation has dozens of provisions aimed at silencing workers and weakening their rights, making it easier for unions to get their way.

With the PRO Act stalled in Congress, Biden is pushing other policies through federal regulation and executive order. He has appointed union members to the federal labor regulator and fired the general counsel who was likely to resist pro-Big Labor mandates.

Biden also rolled back federal transparency requirements for unions, making it harder for workers considering a union to find out how, exactly, their dues money is being spent. And he has boosted funding for federal labor enforcement, essentially empowering regulators to pressure private companies into unionizing.

The president also has made it easier to unionize the federal workforce and private companies who work with the federal government. In an early move, he established a federal task force on unionization, which is pushing policies that would ease the way toward organizing federal agencies. And Biden has required that all major federal construction projects go to companies that are unionized.

What do all these policies have in common? In a word, coercion. They involve taking power from workers and giving it to unions. No wonder: When workers keep that power, they use it to reject unions.

There’s no question that force helps some unions gain members and money. Today, nearly one-third of union members live in California and New York, which have only 17 percent of America’s workers. These states have put many coercive pro-union measures into law. If such policies are nationalized, as Biden is attempting to do, the American economy increasingly will look like it does in those states — tilted in favor of unions and against workers.

Yet it’s worth noting that more and more workers are leaving California, New York and other union-dominated states. They’re moving to places that don’t give unions an unfair advantage, especially in the South and Midwest. And other states are taking note. Five states have ended compulsory union membership in the past decade. Since my home state of Michigan gave workers the freedom to choose whether to join a union, the birthplace of organized labor has dropped from fifth place in union membership to 12th. That happened even as Michigan has gained manufacturing jobs. It’s a similar story in other states.

When given the freedom to make their own choices, workers overwhelmingly side against unions. Respecting their rights is the best policy, yet the policies being pursued by the Biden administration would only limit worker freedom. It’s a pity that the most “pro-union” president in history is pushing policies that are so anti-worker.