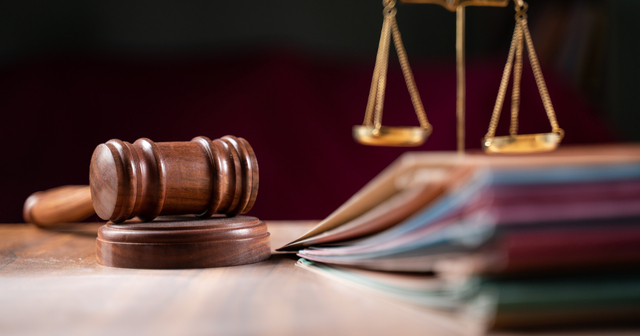 The high court’s 6-3 decision in West Virginia v. Environmental Protection Agency could have far-reaching effects across the federal government and the entire country. The ruling was authored by Chief Justice John Roberts and joined by Justices Thomas, Alito, Gorsuch, Kavanaugh and Barrett.

Though the case centered on a question of environmental policy, the decision under the “major questions” doctrine has implications for lawmaking and the constitutional separation of powers .

West Virginia and several other states, along with private entities, challenged the EPA’s Clean Power Plan that would have required states to make significant reductions in the use of coal power plants to produce electricity. The EPA mandated that such facilities be replaced by natural gas, wind, and solar sources.

Unlike previous EPA regulations, which imposed restrictions on individual power plants by setting emissions limits, the Clean Power Plan sought to change the very composition of America’s power production facilities, using a system of “generational shifting.” This was a novel approach never before used by the EPA and not mentioned in the law delegating authority to the EPA on this matter, Section 111 of the Clean Air Act. The new method also resulted in stricter emissions standards on old plants than were to be imposed on new plants.

Michiganders have already felt the negative effects of this plan. DTE and, more recently, Consumers Energy have adopted plans to close coal-powered plants, which produce cheap and reliable energy, opting instead for weather-reliant wind and solar options, or natural gas, which has fluctuating prices and costs more. The result has been increased prices for electricity and rolling brownouts and blackouts. Both DTE’s and Consumers’ plans were directly influenced by the EPA’s burdensome regulatory requirements seeking to reduce CO2 emissions. As Chief Justice Roberts noted in the court’s opinion, “The point, after all, was to compel the transfer of power generating capacity from existing sources to wind and solar.”

The court ruled that the Clean Power Plan exceeded the authority granted by Congress to the EPA under the “major questions doctrine,” which requires that administrative agencies have a “clear congressional authorization ... to make decisions of vast economic and political significance.” The EPA’s own analysis indicated that the plan would increased compliance costs by billions of dollars, close dozens of coal plants, and cost tens of thousands of jobs. The Energy Information Administration concluded that the plan would raise electricity prices and reduce 2040 GDP by at least $1 trillion.

The court ruled that the EPA’s plan addressed just such a major question. Furthermore, Congress did not explicitly grant the EPA the authority to address “a decision of such magnitude and consequence,” the chief justice wrote, “[which] rests with Congress itself, or an agency acting pursuant to a clear delegation from that representative body.”

By reinvigorating the separation of powers established by the Constitution, the court reiterates the principle that Congress makes laws and the executive branch enforces them, even when acting through administrative agencies. Major decisions on environmental policy with staggering economic and practical consequences must be made by the people’s elected representatives in Congress, not by unelected officials.

The opinion goes far beyond environmental policy, applying to all administrative agencies in the federal government, providing a path to rein in any agency that has exceeded its Congressional mandate. The Supreme Court rejected the argument that expertise claimed by administrative agencies is sufficient to allow those agencies to act on significant matters without explicit congressional approval. Even if the proposed ends are admirable, and the very ends for which an agency has been established, that agency cannot exercise powers beyond those explicitly granted by Congress. The potential for overreach and negative results from such unilateral executive actions were amply demonstrated by the response to the COVID-19 pandemic. No important decision, no matter how complex, can be made without the consent of the citizens.

Thursday’s Supreme Court ruling reaffirms a basic idea enshrined in the constitutional separation of powers, and serves as an important reminder that the administrative state is subordinate to the deliberative process of legislating through elected representatives.