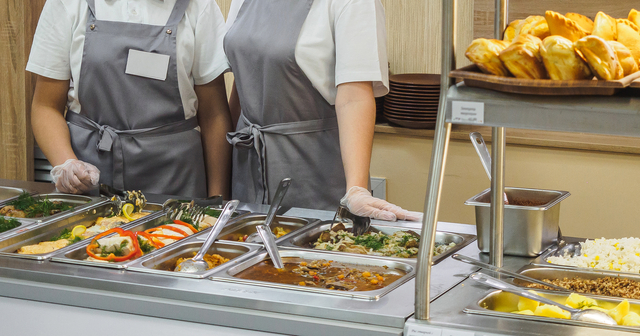 Contracting out slightly decreased from 69.6% of districts in 2021.The rate has stayed around these levels since 2015 when 69.7% of districts contracted out.

School districts that both contracted out and brought services back in-house tended to cite staffing concerns as the reason for the change. Officials dissatisfied with their ability to recruit support staff contracted out, and officials dissatisfied with outsourced support staff brought services back in-house.

A respondent from one district commented, “We do not expect to save money but are expecting this company to attract and retain enough staff to keep our buildings clean.” Another respondent said, “It was not an issue of trying to save money, although I think we may save some, it was an issue of quality. There was tremendous turnover from the third party and the quality of the service was extremely poor.”

The survey includes responses from 535 school districts, all but four of the districts. The Mackinac Center has conducted this survey in 2001, 2003 and every year since 2005. 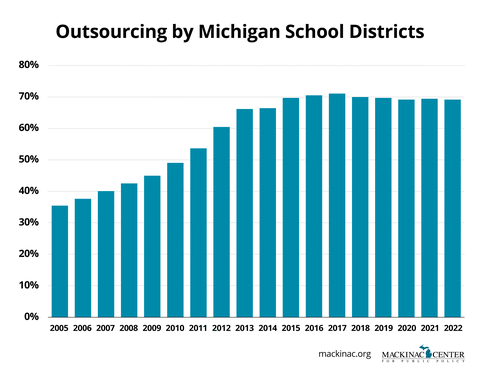 School districts contract out food services at a slightly higher rate than they did last year. There were seven districts that contracted out the service in 2022. Five districts brought the service back in-house. 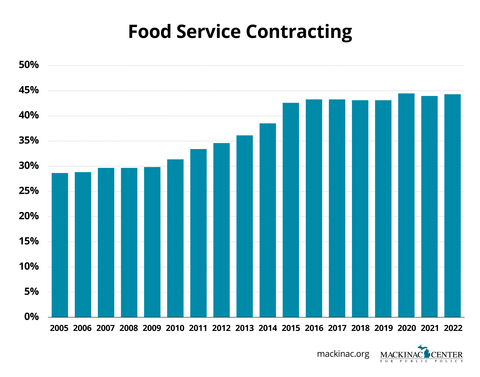 Food service had been the most frequently contracted service in 2005 and gradually increased to 43% of districts in 2015. Contracting of food service has remained at these rates since. 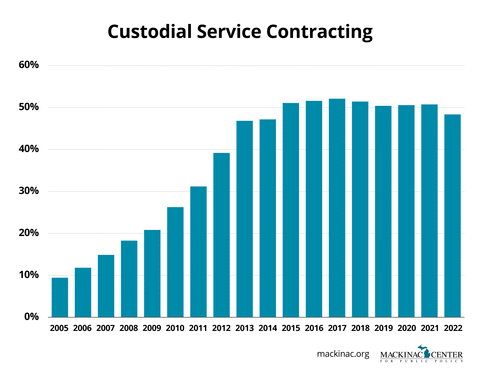 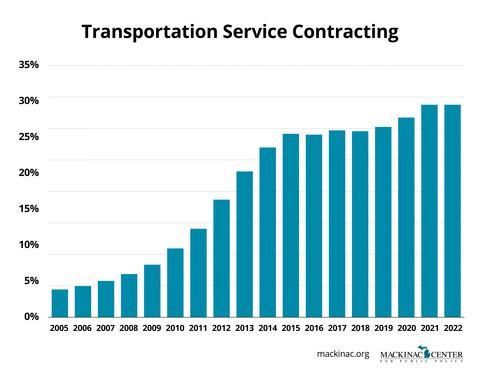 Clarifications from respondents increased the previous year’s custodial service contracting by one district.