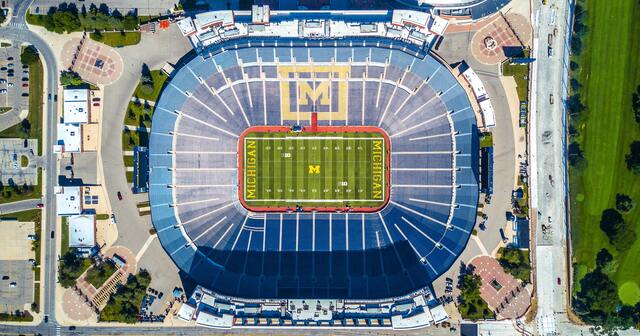 The state’s current funding of state universities is a mess

Editor’s Note: This piece was first published in The Detroit News on Aug. 3, 2022.

Should higher education dollars be given to universities or to students?

Michigan lawmakers are thinking about doing both. It might sound like the kind of strategy that can make college more affordable for Michigan families. Don’t be fooled, though. In reality, student scholarships for higher education will do little good if lawmakers also fail to remedy the nonsensical and muddled way they give universities money.

The new higher education budget sets aside $250 million to offer students scholarships so they can attend higher education institutions. But it doesn’t sketch out how that program will work. So legislators will have to answer questions, such as which students will get the scholarships and how much will they get.

The bigger question that they should answer is: What should state residents reasonably expect from universities? That would better guide how the scholarship funding should work. And answering the question would inform the rest of the state’s support for higher education, too.

Sadly, the state’s current funding of state universities is a mess. Michigan will send $1.5 billion — which costs around $390 per household — to the 13 state universities this year with little consideration for who gets what. How much each school gets is based on what it received last year. What it received last year is based on nothing but politics.

Eastern Michigan University gets $78 million from taxpayers this year. It got $65 million a decade ago, when it enrolled 60% more students than it does now. Wayne State University awards 21% more degrees than it did a decade ago, but its state support has not kept up with inflation. And so it goes.

Lawmakers don’t ask anything in return for taxpayer funding: No encouragement for degree completion; no required discounts for in-state residents; no expectation that colleges will spend the money educating students.

As higher education critic Richard Vedder put it, state policy is to fly bombers over state university campuses and bombard them with public money. And the only debate seems to be how much more cash to put in the bombers each year.

In other words, we can make a lot of improvements in how we fund universities.

The first step ought to be to figure out what public benefits taxpayers should expect from higher education.

While people can want very different things from colleges and universities — for instance, some want a less progressive influence on classes and others want more production of STEM degrees — there are more basic things residents would like from their state schools. They want quality and inexpensive degree programs that can be completed on a timely basis. People tend to be practical, too. They want degrees that will prepare young people to participate in the workforce and create a livelihood for themselves.

They’re not going to get what they want.

While Michigan residents want state universities to offer low-cost degrees in practical fields, prospective students are looking for something else. Schools compete for students, and admissions officers excel at making an institution seem like a great deal that puts students ahead regardless of the price tag. Students’ college decisions are further distanced from cost considerations because of federal grants and loans that subsidize the up-front expense.

Students aren’t going to schools based on their prices. And state policy does not encourage schools to compete over costs, either. So the public doesn’t get the quality, inexpensive degree options it wants.

Legislators ought to use their funding policies to encourage universities to become the kind of institutions the public wants them to be. And the first step is to move from the current bomber-based policy to per-student transfers. From there, lawmakers can tweak funding formulas to encourage low-cost, practical degree completion.

With this $250 million apportioned for future scholarships in the 2022 state budget, lawmakers have set the stage to move from funding universities based on politics to funding students who go to universities.

It’s not that radical of an idea. There are 13 other states that use enrollment-based formulas to determine taxpayers’ support of state universities.

The problem is, the future scholarships in the budget would probably be provided on top of additional payments to schools based on politics. That won’t do much to lower costs or encourage graduation.

Simply put, it’s just more money for schools in a different form. Lawmakers can do more to get the public what it wants from its state universities instead of doubling down on the same no-strings-attached approach.