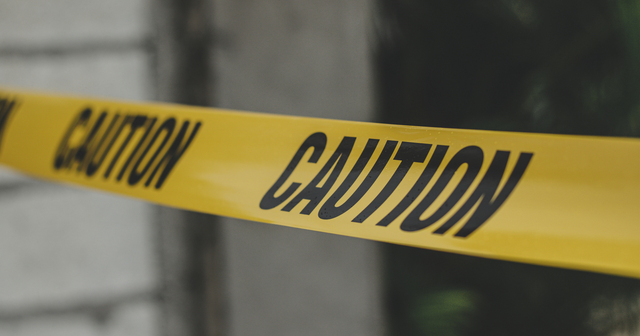 Photo by Aviz on Pexels
Blog

The story is hard to believe: A mayor and police chief conducted a “fire inspection” of a building where medical marijuana was being grown and seized the property for a year and a half without charging anyone with a crime. They then tried to get the property owners to buy two new vehicles for the police department in exchange for returning the property.

But that’s apparently what happened in Highland Park, as documented by Ross Jones of WXYZ and C.J. Ciaramella of Reason. The city mayor claims he thought the owners had been charged with a crime, but Wayne County says nothing has been acted upon. Highland Park returned the property after the news broke the story.

A summary of the situation from Reason:

A Michigan couple says their town seized a building they owned and then demanded that they buy two cars for the police department to get their own property back.

The case, first reported by WXYZ Detroit, began in December of 2020 when the mayor of Highland Park and the police chief dropped by a 13,000-square-foot building owned by Justyna and Matt Kozbial for an impromptu fire code inspection.

The city officials found a marijuana grow operation inside. The Kozbials, immigrants from Poland, say they had a state license to grow medical marijuana, but the city seized the building anyway and held on to it for 17 months without charging them with a crime.

In a response to an interrogatory filed in the Kozbials' subsequent lawsuit against Highland Park, a city police officer answered "none" when asked to identify any predicate felony offenses justifying the seizure.

For decades, the Mackinac Center has worked to reform Michigan’s civil asset forfeiture laws. This work helped pass a series of reforms, including transparency requirements for all forfeited cash and property, eliminating an upfront bond requirement and requiring a criminal conviction prior to forfeiture, in most cases.

The bill package requiring a criminal conviction was passed almost unanimously by Republicans and Democrats in the Legislature, supported by Attorney General Dana Nessel and signed by Gov. Gretchen Whitmer.

So, how did this situation in Highland Park still happen? It’s because of several loopholes remaining in Michigan’s forfeiture law.

The first problem is that the criminal conviction requirement does not apply to assets worth more than $50,000 — like the building in Highland Park. The second is that the bills only apply to activities involving controlled substances, such as marijuana. In other words, assets seized related to other alleged criminal offenses can still be forfeited without a conviction in court.

The third issue is the practical way that forfeiture works. Law enforcement can seize property while it is investigating criminal activity. So, even if a prosecutor cannot take ownership of cars, cash or property until after a criminal conviction, it can still take them from people or prevent their use while an investigation is in the works. That makes sense for the most part, provided that law enforcement is proceeding promptly. In Highland Park, law enforcement seized this family’s entire business and, perhaps, hundreds of thousands in their assets, then went nearly a year and a half without charging them with criminal activity.

Michigan lawmakers need to fix these issues. They should eliminate “civil” asset forfeiture altogether and replace it with criminal forfeiture. This would mean that the only time property can be forfeited to the state is when a court finds someone guilty and determines that certain assets were gained from or used in criminal activity. Forfeiture charges should have to move forward promptly — Mississippi requires 30 days — and proceed through criminal (rather than civil) court, as in New Mexico and Nebraska. And this change should apply to all forfeitures — even those worth more than $50,000 and for offenses other than just controlled substances.

This experience in Highland Park shows that Michiganders’ rights will not be fully protected from this type of forfeiture abuse unless these loopholes are closed and other reforms are made.