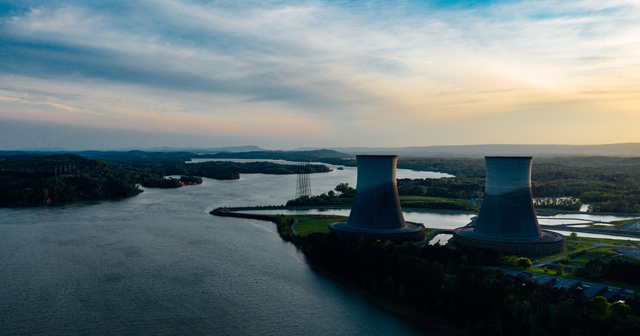 If governors cared about the climate, they wouldn’t oppose nuclear energy

This article originally appeared in The Hill March 23, 2022.

How devastating would it be for a state to lose all the energy from its vast wind-power apparatus in the middle of a global energy crisis? Michigan is about to find out.

The state soon will lose at least 5.8 million annual megawatt hours of carbon dioxide-free energy production. That’s an amount equal to all the energy produced by the wind industry that Michigan has built up over the past 13 years, at a cost of more than $5 billion.

This loss of CO2-free energy deals a traumatic blow to Gov. Gretchen Whitmer’s plan to take the state to zero emissions by 2050. Yet hardly anybody’s talking about it — certainly not the governor herself.

This large, reliable, emissions-free source of electricity is the Palisades Nuclear Generating Station on Lake Michigan. The 811-kilowatt plant will shut down in May, about 10 years before its operating license expires. Palisades owner Entergy, facing perverse pricing challenges in the energy market, decided in 2017 to operate the plant until this year, following complicated negotiations with the Michigan Public Service Commission. Palisades has produced electricity since 1973 and provides about 6.8 million megawatt hours of energy per year.

Compare that with output from the 1,400 giant wind turbines that occupy large tracts of the state. A recent study from Commodity.com put Michigan on an honor roll of wind-powered states — for producing only 5.8 million megawatt hours per year. A single nuclear plant does far better than that. Palisades alone generated 7 million megawatt hours in 2021, according to the U.S. Energy Information Agency (EIA).

Simply put, Whitmer’s plan to reach zero emissions in 28 years cannot be achieved without nuclear technology. It may be impossible under any circumstances, but without nuclear energy, the state will see no appreciable reduction in emissions.

Few politicians would come out and say they don’t care about climate change. But by persistently fighting nuclear power, they acknowledge this. Michigan is not the only state where nuclear energy is being retired without a viable replacement. Illinois struggled late last year to delay the impending closure of its Byron and Dresden plants. California is scheduled to shut down its Diablo Canyon facilities by 2025.

These moves make little sense if we really want to reduce greenhouse emissions. Like wind and solar power, nuclear power produces none of the emissions associated with climate change: no nitrous oxide, sulfur oxide or carbon dioxide. Unlike those energy sources, nuclear energy receives little corporate welfare, and it generates a reliable stream of continuous energy. As of 2018, nuclear power accounted for 26 percent of Michigan’s energy production.

The share is even more striking when we consider only “green” energy. Nuclear power produces 82 percent of the state’s CO2-free electricity. The other 18 percent comes from wind, solar and incidental renewables, which can’t make up the energy that will be lost when Palisades shuts down. Considering the difference between diffuse and “energy-dense” sources, the researcher Robert Bryce calculated in 2014 that an area of land equal to 75 percent of Rhode Island — about 800 square miles — would be needed for wind turbines to replace a single nuclear plant.

Michigan is a good-sized state, but it’s approaching capacity for turbine deployment. Large areas of the state are dotted with imposing, frequently motionless turbines. The windmills themselves are facing pushback from bird watchers who are appalled at the slaughter of our feathered friends by turbines, and from people who resent having their neighborhoods look like the cover of a science fiction book from the 1970s.

Nor, to put it mildly, does the state enjoy consistently nice weather. Michigan’s wind network only produces energy 36 percent of the time, and its solar apparatus is working a mere 17 percent of the time. During last year’s energy crisis in Texas, an energy systems engineer at Princeton University conceded that wind and solar are “reliably unreliable” — and Texas is both sunnier and windier than Michigan. Losing the Palisades Nuclear Plant will take away more emissions-free energy than Michigan can replace without another nuclear plant.

New nuclear capacity is unlikely, however, because a tangle of energy subsidies has distorted a market where lowest-price energy bids set the market price, regardless of whether that energy can be delivered. Most or all types of energy receive some form of taxpayer subsidy, but only a small percentage of that taxpayer support goes to nuclear power. If all subsidies disappeared, the nuclear industry would survive. Wind and solar would not.

But because of their guaranteed stream of subsidies, wind and solar producers can lowball bids, even though they know they likely cannot deliver the necessary amount of energy. Nuclear plants, meanwhile, leave the market because owners can’t afford to continue producing at slim or negative margins. Uninterrupted, this trend can only end with your lights going out.

What would Whitmer and other leaders do if they were truly concerned about climate change? First, end energy subsidies of all kinds and leave the field to players that can meet CO2-reduction demands while providing reliable energy. States and the federal government could look for ways to streamline the immense regulatory costs of bringing on nuclear production. Modern nuclear technology is considerably safer, cheaper and less wasteful than its ancestors.

Most importantly, Whitmer and other governors must stop their rigid and superstitious opposition to nuclear energy. Many states have made carbon dioxide-reduction plans with no hope of success. But if they want to meet even a portion of those goals, they must put nuclear power back on the table.