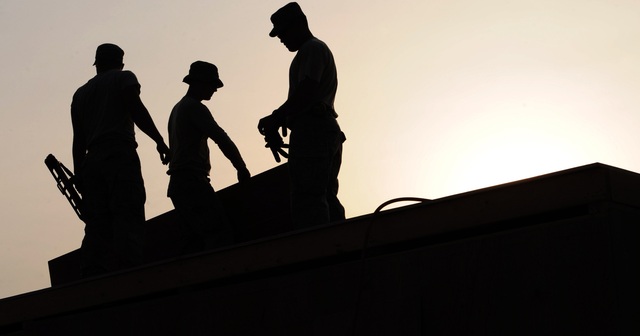 Want to bring back manufacturing?

Just over 10 years ago, the Hoosier State adopted a powerful economic development tool in the form of a right-to-work law. This law simply states that workers need not be required to financially support or join a union to keep their jobs. Scholarship generally shows right-to-work laws are beneficial to workers and to job providers in states that adopt them. Our new research shows this as well.

We have just released the results of a large national study about the employment impacts of right-to-work laws. The study looks at 18 industrial sectors, such as manufacturing, using data about counties. Our interest in this impact stems in part from the rapid adoption of right-to-work laws in several states, starting in 2012, including in our home states of Indiana and Michigan.

In studying the impact of right-to-work, we looked at Indiana and its four neighbors — Michigan, Illinois, Kentucky and Ohio. We found that manufacturing employment, as a percentage of total private employment, was 27% higher in a given Indiana county than it would have been absent right-to-work.

When we looked at the manufacturing sector in Michigan, we found the employment share was 26% higher as a result of right-to-work. The six states that adopted their right to work laws after the year 2000 showed a similar result, nearly 21%. This is a heady figure and fairly consistent with other findings and similar research conducted by other economists.

In November 2021, two Harvard scholars published a working paper titled, “The Long Run Effects of Right to Work Laws.” They used similar methods to the ones we did, and they concluded that “the manufacturing share of employment is 3.23 percentage points (or approximately 28%) higher on the right-to-work side of the policy border.”

Why did we (and they) focus on counties on the state border? Because we believed that this is where any impact of right to work laws may show up.

If two neighboring states have very different policies, going from one county to another will mean there are abrupt changes in public policy — and possibly economic performance. And if the same policy will have a greater effect in one state than another, that, too, may be easier to measure by looking at counties divided by a state line. Looking at these counties lets scholars control for other factors that might make observable differences in the economy, such as employment. After all, there likely isn’t much difference in weather, attitudes toward unions or topography between Richmond, Indiana, and Cedar Springs, Ohio.

We collected data for more than 3,000 counties and for 18 industrial sectors. The study measured the impact that right-to-work had on employment in 2018, as measured by the share of employment in those sectors. In addition to the local characteristics shared by adjacent counties mentioned above, we also controlled for a host of county-level demographics, and other state policies, such as taxation and state government spending. To do that, we used data from a popular index published by the Fraser Institute of Canada.

Not every study of right-to-work uses our methodology. But even they show that right-to-work is often accompanied by things we all want: lower rates of childhood poverty, improved upward income mobility and more business investment. It’s also accompanied by population gains and improvements in the quality of life.

In his 2010 academic paper, “Right-to-Work Laws: Liberty, Prosperity, and Quality of Life,” economist Richard Vedder noted that there was an “important untold story” that involves interstate migration. It was “the rapid growth of population living in right-to-work states relative to states refusing to grant workers the right to reject unionization.” People move to states with more opportunity. They vote with their feet, and they are voting for states that adopt right-to-work laws.

The value of adopting right-to-work laws as an economic development tool has become clearer with each passing year. Right-to-work laws mean greater freedom for workers. That’s good in itself, but they also appear to lead to more jobs and other benefits for the states that embrace them.

Todd Nesbit is an assistant professor of economics at Ball State University and an adjunct scholar with the Michigan-based Mackinac Center for Public Policy. Michael LaFaive is senior director of fiscal policy for the Mackinac Center.