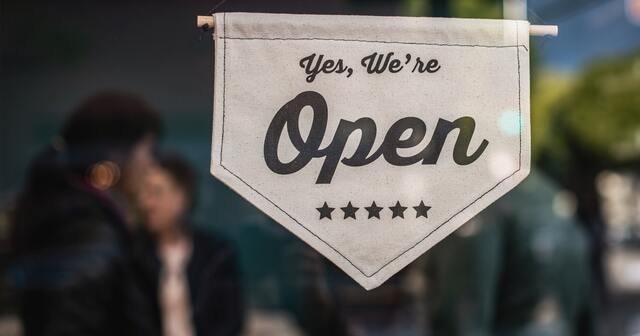 Editor's Note: This article was first published in The Hill on December 18, 2021.

A lot of ink has been spilled describing the $1.9 trillion American Rescue Plan Act (ARPA), adopted in March. It is designed to help the country recover from the negative effects of the COVID-19 pandemic, including economic ones. A case can be made that the U.S. economy would have recovered on its own and that this newest federal spending blowout was unnecessary.

With or without these funds, however, state and local areas of the country have their own policy tools that also could facilitate economic growth, and political leaders can use them without reaching into the federal purse. The solution may seem mundane, but it is supported by evidence: Get or stay out of the way.

The Fraser Institute of Canada for years has catalogued and published measures of economic freedom for the world and regions of it, and at the subnational level. Its scholars, and others, have used the data to test for links between economic freedom and positive outcomes and found many. In fact, its Economic Freedom of North America index has been used in some way by scholars for original research more than 300 times. The index compares states in the U.S. with states in Mexico and Canadian provinces, and separately, looking at just U.S. states.

A 2016 literature review of those studies examined 155 of them in detail. The authors report that, of those, 103 found positive connections between economic freedom and such things as higher employment, faster economic growth, entrepreneurial activity and interstate migration. Others were inconclusive. Only one found an explicitly negative impact, and it was small.

The Fraser Institute’s most recent study, released last month, ranks New Hampshire as the freest U.S state. The Live Free or Die State is followed by Tennessee, Florida, Texas and Virginia to round out the top five. The five least free in the index are New Mexico, West Virginia, Vermont, California and, at 50th, New York. Where states fall in this index matters because economic freedom is associated with so many positive outcomes.

My home state of Michigan is in an embarrassing 34th place among U.S. states, and I’ve not seen much evidence recently that lawmakers are set to expand liberty in the Great Lake State. In fact, just this week legislators approved an appropriation of $1 billion in state tax dollars for the purpose of underwriting a few large corporations. That was money that could have been used for a job-creating, across-the-board and liberty-expanding personal income tax cut. In addition, the Legislature appropriated an extra $20 million in ARPA dollars to subsidize a tourism promotion program (Pure Michigan) that has been a failure. Some government spending is good and some is bad. Pure Michigan is the latter.

The Fraser Institute index is created around three major policy areas: taxes, spending and labor regulation. These areas are made up of 10 subcategories, such as income and payroll tax revenue as a percentage of income, state spending as a percentage of income and union density. Each unit of government evaluated in the index gets a score for each variable, ranging from zero (least free) to 10 (most free). These are added up and averaged, and the results are used to rank states and provinces.

Of the 100-plus studies reviewed by scholars in 2016, the labor area of the Economic Freedom Index of North America was a more powerful factor than taxes or spending. One study, also from 2016, concluded that economic freedom in the U.S. and Canada is associated with “higher levels of per-capita income [and] lower rates of unemployment.” The authors find that the relationship was strongest for the labor market freedom component of the index and that an increase in such freedom is associated with a decline in the unemployment rate.

In short, economic liberty, as opposed to federal largesse, is likely a better driver of positive state economic growth and recovery.