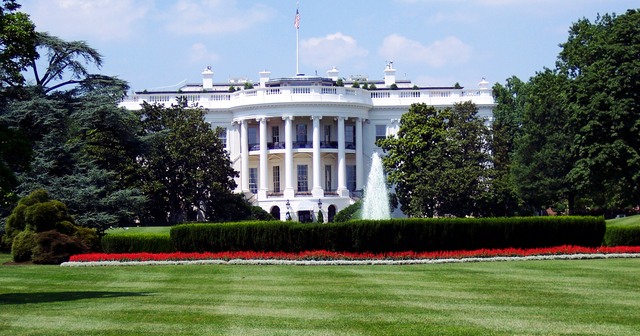 Federal Debt Is Unpopular Until You Get Elected

Even deficit hawks turn chicken when they get into office

This article originally appeared in The Hill March 5, 2022.

Winning presidential candidates campaign to balance the federal budget and pay down debt. Yet the deficit continues to increase, and there has been a proliferation of debt over the past 20 years. Total federal government spending increased from $2.8 trillion to $7.2 trillion from 2000 to 2021, when adjusting for inflation, or from 18 percent of economic production to 33 percent. Federal debt increased from $8.9 trillion to $30.2 trillion. This happened despite campaign pledges from the winning candidates to avoid spending and debt.

The question facing federal fiscal policymakers in 2000 was what to do about revenues that were greater than expenses. This seems quaint now. “As President, Governor Bush will bring taxes down from their record high level and pay the debt down to a historically low level,” his campaign pledged on its website. The tax cuts happened. But debt did not drop to historically low levels. It jumped from $8.9 trillion to $12.6 trillion, when adjusting for inflation, from 56 percent of economic production to 68 percent.

The recession was a big topic in the 2008 presidential race, and candidates pledged to be austere following temporary stimulus to help get the country out of the recession. “Once we get through this economic crisis, we’re going to have to embrace a culture of responsibility — all of us, corporations, the federal government and individuals who may be living beyond their means,” then-Sen. Barack Obama said in one of the 2008 debates.

The federal government did not live within its means after temporary stimulus efforts. The federal deficit spiked up to $1.3 trillion in 2011 and was $585 billion when President Obama left office. Federal debt increased from $12.6 trillion to $22.1 trillion, when adjusted for inflation, and was 105 percent of economic production.

As a candidate, Donald Trump sounded like a deficit hawk. “I would be very, very strong on the debt limit. And I could see asking for a very big pound of flesh if I were the Republicans,” he said in an interview. The debt limit increased three times over the next four years, and debt increased to $26.9 trillion. Spending increased from $3.9 trillion to $6.6 trillion.

Maybe the austerity charade is over. Joe Biden didn’t give the normal hat tips to it on the campaign trail and has shown little restraint in spending since his inauguration. Spending popped up to $7.2 trillion and the debt increased to $30.2 trillion in his first year in the White House.

Here’s what people ought to take from the 21st century presidents’ failure to follow through on their debt and spending promises. Limiting spending and paying down debt is still a generally popular stance. People want their elected officials to act like adults and live within their means. Yet presidents disregard that expectation when faced with the crisis of the day, which encourages them to spend more and go further into debt. War, recession, pandemics, or even making good on a different campaign pledge is a higher priority than budget cuts and extra debt payments. As the spending and debt trends show, spending stays up even when the temporary reasons end.

The lack of restraint is bolstered by another problem. There is an interest group behind every dollar of federal spending, and that group’s highest lobbying priority is to keep collecting cash. While it may be popular to reduce spending in general, cuts to particular areas can get messy. Both Republicans and Democrats opposed a recommendation from President Trump to reduce spending on the Great Lakes Restoration Initiative, even though the program has no mandate to improve water quality, enhance biodiversity or even to get the lakes back to some previous state.

This is the problem of faction that James Madison wrote about in Federalist 10 — that governments create policy that benefits a subset of people when they should create policy that benefits the public good. “As long as the connection subsists between [man’s] reason and his self-love, his opinions and his passions will have a reciprocal influence on each other; and the former will be objects to which the latter will attach themselves,” Madison wrote.

Perhaps reviving the old civic virtues would reverse the trends that lead politicians to crank up spending and debt. Passing the costs of today’s programs onto tomorrow’s taxpayers ought to be unpopular. It ought to be unpopular enough that elected officials treat debt payments and spending restraint as goals for which the American people will hold them accountable.