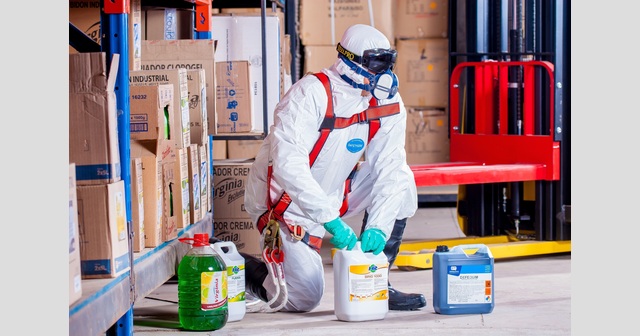 Our ability to detect tiny amounts is improving

For most of the 20th century, environmental concerns centered on water, air, land and habitats, and tremendous improvements were made in the democracies. Interest in these issues in recent decades, however, has taken a back seat to climate change. But with the growing attention paid to so-called “forever chemicals,” these concerns are coming back.

These chemical compounds are very stable and can persist in the environment, accumulating in water, air, soil, habitats, fish and other organisms. They go by the acronyms of PFAS, PFOS, PFOA, and similar compounds. All possess very strong carbon-fluorine bonds that are resistant to separation, which is why they are ideal for things like nonstick cookware, food packaging, waterproof clothing, firefighting foam and many other applications. These chemicals have been around in some form since the 1940s.

In Michigan, Gov. Gretchen Whitmer built on the work of her predecessor, Gov. Rick Snyder, to dedicate more state resources to combating these chemical compounds. Via an executive order, she gave permanence to the Michigan PFAS Action Response Team in 2019 to “ensure the safety of Michigan’s land, air, and water.” One of its key activities is to investigate and test water and habitats for these “forever chemicals.” The governor issued another order in 2021 instructing state departments to prioritize purchasing products that do not contain such chemicals.

After decades of use, these “forever chemicals” have been detected in surface water, rainwater, air, soil, human blood, and even in Antarctica. These compounds might just as well be called “everywhere chemicals.”

The Environmental Protection Agency recently proposed designating PFOA and PFOS as hazardous substances, according to The Wall Street Journal. The proposed rule would require additional reporting if companies release the two chemicals into the environment. It would also make it easier for the agency to require cleanup and levy financial penalties against polluting companies.

Questions and concerns about these chemicals ought to be considered in the context of our ability to detect and measure pollutants. Several generations ago, “near zero” meant one part per million. When I embarked on my engineering career, we could detect the equivalent of one polluting (red) marble in a ten-foot-long by ten-foot-wide by one-foot-high box filled with a million blue marbles. Today, we can detect one polluting (red) marble in that same ten-foot by ten-foot box filled with a trillion blue marbles — a million times more — in a box two hundred miles (yes, miles!) high rather than one foot high. That means that even if we found a thousand red marbles in that sky-high box, those would represent far less pollution than finding one red marble in the smaller box.

Because we can now detect these “forever chemicals” at parts per trillion (and even lower), we can see a handful of red marbles in that two-hundred-mile-high box. Even the EPA’s current lifetime health advisory level of 70 parts per trillion in drinking water for the “forever chemicals” PFOA and PFOS is an extremely small number of red marbles in that ionosphere-high box.

Merely detecting a “toxic” chemical may or may not signify danger though, a distinction too often lost in public communications. Consider some standard EPA messaging on the issue: “Current scientific research suggests that exposure to high levels of certain PFAS may lead to adverse health outcomes. However, research is still ongoing to determine how different levels of exposure to different PFAS can lead to a variety of health effects… However, health effects associated with exposure to PFAS are difficult to specify for many reasons.”

The previously cited article from The Wall Street Journal mirrors this language. It states, “The EPA said research shows that PFOA and PFOS may present a substantial danger to the environment and that exposure to them may lead to cancer, reproductive, developmental, cardiovascular, liver and immunological effects.”

The EPA and others have been studying these chemicals for decades. Toxicological studies with warm-blooded mammals have identified links between “forever chemicals” and various health problems, though the science isn’t conclusive about health effects at parts per-trillion-exposure levels. Studies with fish have demonstrated “forever chemicals” can accumulate in their bodies, with the potential for spreading through the food chain. When such links were identified 50-60 years ago for PCBs and DDT, detection was a good indicator of a problem. But today, detection alone tells us little about the level of risk imposed by “forever chemicals.”

These chemicals are ubiquitous in the environment, present in minute amounts, and expensive to treat or remove. There is also uncertainty about their health effects. For these reasons, policy decisions deserve wide-open debate.

For many, climate change is a higher priority — either because of its forecasted impacts or due to the burdens of currently favored mitigation strategies. For others, especially in places like Arizona, California, and even Florida, an adequate water supply is a higher priority.

Too often with environmental matters, the public and media want to identify villains and heroes, when the issues are multilayered. With “forever chemicals”, should we be considering an acceptable exposure level rather than a “safe” level that to many people means zero risk? Should we focus on “hot spots” versus an “everywhere” approach? Toxicology, remediation science, level of detection, risk in relation to transmissibility, and our limited resources should be considered and balanced in policy decisions about what our response should be to these “forever” and “everywhere” chemicals.