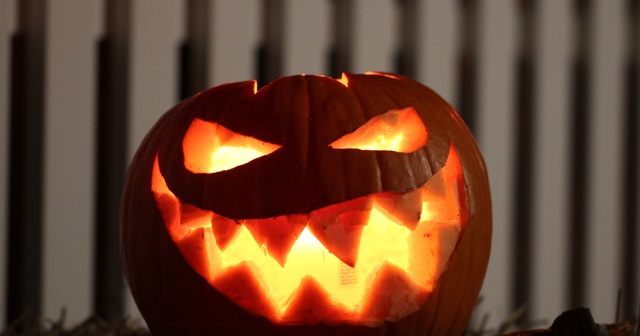 Photo by Pixabay on Pexels
Blog

Curse of the masked governor

The terrifying story of Marlena Pavlos-Hackey and Whitmer’s shutdown

If you’re looking for a different kind of horror movie this Halloween, a new documentary from the Freedom Fighters Project, “Stand with Marlena” might be just the thing. Rather than resorting to cheap thrills such as vampires or ghosts, “Stand with Marlena” features the monstrous problem of government infringement on the rights of small-business owners. Once the opening scene’s upbeat music ends, the movie tells a tale that should make all Americans shiver.

As in any thriller, the film starts with the unsuspecting target: Marlena Pavlos-Hackney, owner of Marlena’s Bistro and Pizzeria in Holland, Michigan. A Polish immigrant to the United States, Marlena promised to uphold the Constitution when she became a citizen in 1992. Marlena took her promise seriously, and that was the start of her troubles.

In March 2020, Gov. Gretchen Whitmer entered the scene, not with the classic knife or axe of thrillers past, but an executive order. An unconstitutional nightmare, the order contained a “temporary requirement to suspend activities that are not necessary to sustain or protect life.” Marlena’s restaurant was one of many affected businesses, and without it, her life was neither sustained nor protected. It was, in fact, stolen. While many of Michigan’s small business owners were harmed by the executive order, Marlena was one of the few who would not comply.

Because Marlena continued to run her restaurant in spite of the governor’s order, the Michigan Department of Agriculture and Rural Development revoked her operating license. When she still kept her bistro open, the district court issued a bench warrant. Appearing on Fox News March 17, Marlena brought her story of civil defiance before a national audience. Local law enforcement had refused to get involved, so two days after Marlena’s interview, Attorney General Dana Nessel ordered the Michigan State Police to act. They arrested her for operating without a license, at 5:30 a.m. on Friday, March 19, 2021.

Interestingly enough, the state policy at the time limited arrests to violent crimes. It granted an exception for “a law enforcement officer's discretion to arrest an individual on any warrant in the interest of public safety,” though it’s hard to see how that would apply here. After her arrest, Marlena was taken more than 100 miles away, to Ingham County. Appearing in court that day, she was sentenced to 93 days behind bars, or a $7,500 fine. She was also required to show proof that she had closed her restaurant until she qualified for a renewed license.

Since Marlena’s court proceedings ended Friday afternoon, her husband was unable to pay bail until Monday morning. She was finally released on Tuesday, when her bail was processed, but not before she spent three days and four nights in custody.

The spookiest part of Marlena’s story is how little government officials did to hide their disapproval, openly manipulating the system to punish a dissenting citizen. Michigan residents know, through a FOIA request submitted by Michigan Capitol Confidential, that the attorney general told her staff as much through a work email. “We should just have her picked up before she goes on. This is outrageous,” Nessel wrote.

Almost exactly two years before this most recent hearing, the Michigan Supreme Court ruled against the governor, saying the emergency powers law she relied on was unconstitutional. It took the legal system months to reach that point, but from the start, Marlena saw “emergency powers” for what they really were: a threat to individual rights. If Marlena’s story teaches Americans anything, it is to not let the monster sit there under the bed. Ignoring the problem of abusive unconstitutional government will not make it go away. Let’s stop being horror movie victims and face abusive government head on. Let’s stand with Marlena.