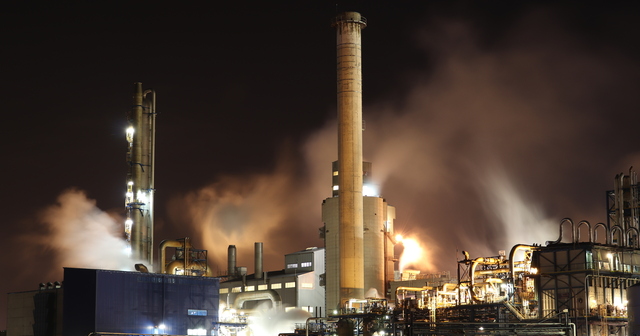 Elected officials in Washington, DC dragged seven oil and gas executives into hearings last week, demanding they defend themselves against congressional claims that the industry is “gouging [Americans] at the gas station.”

The House Energy and Commerce Committee’s Oversight and Investigation Subcommittee held the hearing to repeat price gouging charges that date back at least to the 1974 oil embargo and that have never held up to scrutiny. Elected officials, apparently eager to deflect attention from the impacts of their own policies or to garner a helpful pre-election headline, point fingers in every direction except their own.

But those who watch energy know that, while popular, the price gouging charge has been repeatedly debunked. Politifact, the New York Times, ABC News, Politico, and many others have published at least grudging admissions that gasoline prices respond rapidly and transparently to market conditions, taxes, and regulation – far more so than many other items we buy regularly. By revisiting old theories about a sinister cabal of oil tycoons, politicians appear eager to deflect attention from their own leading role in reducing energy supplies.

During House Oversight committee hearings last October, Rep. Ro Khanna of California demanded to know if Chevron CEO Michael Wirth was “embarrassed, as an American company, that your production is going up, while European counterparts are going down?” He pressed, “Do you commit to do anything to matching your European counterparts to try to bring the actual demand of oil production down?”

Khanna isn’t alone. In a recent CNBC SquawkBox appearance, Illinois Rep. Jan Schakowsky stated that she is “against fracking,” an unsurprising admission, as she authored legislation in 2015 that would have banned fracking on public lands.

Clearly, this is an ongoing expectation. During his election bid, candidate Biden promised to “get rid of fossil fuels.” After his election, he immediately began work on that promise. In the opening days of his administration, the President rejoined the Paris agreement, killed the Keystone XL pipeline, and halted the approval of new drilling permits on federal lands. Since then, even Speaker of the House Nancy Pelosi has informed reporters that she is “not for drilling on public lands.”

But now, all of that talk is so yesterday.

Today these elected officials continue to attack the industry in the media and Congressional hearings, but they’ve momentarily edited their critique to claim high gasoline prices are an example of “war profiteering.” Where, only a few months ago, they pushed the oil and gas industry to reduce production — a move that could only result in higher prices — today they are demanding the industry immediately increase production in an effort to decrease prices.

Industry officials responded to the attacks, attempting to clarify what is involved with increasing production. In the lead up to the hearings, U.S. Oil & Gas Association President Tim Stewart described a letter industry representatives sent to the White House attempting to find "common ground which we can meet on.” But Stewart also pushed back, arguing that elected officials must “stop treating the U.S. oil and gas industry as if it is an enemy to the American people.” He expanded, "The Biden administration and its allies in Congress did nothing to address [the current energy] crisis as it was unfolding while we were warning them of that… and in fact, they actually were accelerating the crisis."

It is amid these see-sawing demands that last week’s hearings were held. But testimonies are demonstrating the problems caused by restrictions on drilling, investment and the construction of pipelines.

Exxon Mobil Corp. CEO Darren Woods explained that “mixed messages” coming from government and regulatory attacks on the industry had created “a chilling effect“ that was limiting the investment needed to grow production.

Pioneer Natural Resources CEO Scott Sheffield explained the long-term effects of cancelling infrastructure projects. “If Keystone would have been built six, seven years ago, Canadian production would be another million barrels a day going to the Gulf Coast refineries.” Sheffield clarified, “you have to make long-term decisions to help the industry. But there's not enough oil and gas pipelines.”

In an ironic twist, Sheffield also pointed out, “There's not enough LNG plants. We need LNG plants in the Northeast." The irony exists because a recent Biden executive order now threatens LNG transportation and has put at risk a major Pennsylvania natural gas project.

It’s time for these elected officials to recognize that, even if the nation does move toward the energy transition they desire, that movement will take decades at a minimum. In the interim, they must support and implement policies that will allow the continued domestic production of essential supplies of oil and gas. Without those polices, investment and supplies will remain low and prices will remain high.