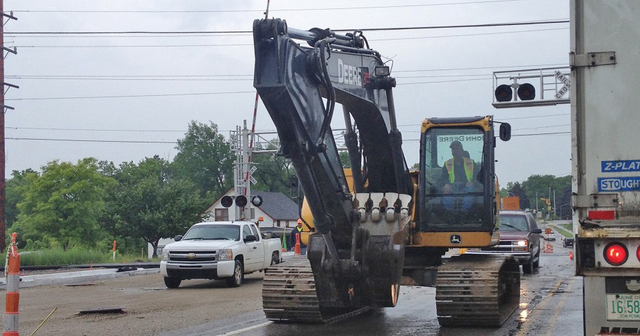 Roads are a key part of taxpayer-financed infrastructure.
Publications / Viewpoints

Be Wise in Deciding How to Spend Taxpayer Funds on Infrastructure

Gov. Snyder’s 21st Century Infrastructure Commission has announced that the state should spend $4 billion more each year on several policy areas, including transportation and energy. The commission says that it has set out goals for the next 30 to 50 years.

Here’s a recap of five road funding principles that we published months ago, plus three more guidelines in light of the commission’s report. These principles apply to virtually all public infrastructure, not just roads.

The problem is that government has prioritized relatively low-value things above some of its core priorities like infrastructure.

1. Advocate for high-quality, well-funded roads as a public good that serves taxpayers’ interests. Taxpayers will pay for poor government roads one way or another — through excessive taxes, vehicle repairs or an impeded economy.

3.Retain the user-fee principle. Those who drive more should pay more.

4. Identify and recommend ways to direct more money from current revenues to roads. This means reassigning state spending from lower-priority programs to the roads until they are adequately funded. It isn’t as if people aren’t taxed enough, and it isn’t as if government lacks sufficient revenue to have decent infrastructure. The problem is that government has prioritized relatively low-value things above some of its core priorities like infrastructure. For example, no amount of spending on Pure Michigan ads or MEDC business subsidies will undo the public relations damage (not to mention the more important public health damage) caused by poisoning Flint’s water supply with lead. Fulfillment of core government functions shouldn’t result in new taxes; it should result in reprioritizing existing spending. Corporate welfare is a great place to start the reprioritization.

5. Refrain from advocating for bigger government overall. Imposing new road taxes should be a last resort as long as lower-priority spending remains untouched.

6. Define infrastructure as narrowly and precisely as possible. To do so sustains trust with the public, keeps infrastructure dollars focused, reduces politicization and encourages competition. Broadband internet and other services already provided by the private sector shouldn’t be included. Goods within the definition should fit the criteria for true public use, not merely public benefit. Government infrastructure should be limited to things that the private sector cannot supply.

7. Revenue raised for infrastructure should be spent on infrastructure. This is so obvious it hardly needs stating. It’s not only foremost a matter of integrity, it’s politically smart. Part of the reason Proposal 1 of 2015 (promoted primarily as a road funding measure) got drubbed in an historic rout was that voters perceived that a huge chunk of the $2 billion tax increase wasn’t going to fund roads.

8. To the extent infrastructure taxes cannot be based on the user-fee principle, they should be consumption-based. Once every dollar spent on lower-priority programs has been shifted to infrastructure, if a shortfall remains, consumption taxes are generally preferred over income taxes for reasons of economic efficiency.

In 2015, lawmakers increased funding for roads with a combination of tax increases and a redirection of projected revenue. Limiting the size of the tax increases was a step in the right direction. Plenty more of our $50 billion state budget could be profitably dedicated to roads and other key elements of a modern economy without having to ask taxpayers to dig deeper to support core functions of government.