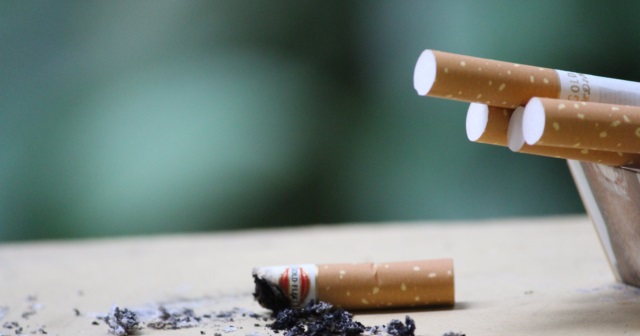 Analysis: Cigarette Smuggling Still a Problem, About to Get Much Worse

Smuggling is an old activity. History informs us that where high prices — and high price differences — exist, ordinary people and dedicated lawbreakers often work to save or make money. Cigarettes have long made for a great product to smuggle. They are typically expensive due to many state and local units of government imposing high taxes on them. They also are small and lightweight, which makes them easier to smuggle.

Nearly each year since 2008, the Mackinac Center for Public Policy — in cooperation with the Tax Foundation of Washington, D.C., — has published estimates of how many cigarettes are smuggled into or out of most states. We also try to account for smuggling activities on the borders between states that share a border with Mexico or Canada. As the reader will see, smuggling remains a huge problem and one that we believe will get much worse for some states.

Through 2018, we estimate, New York state suffered from the highest cigarette smuggling rate in the nation. Our estimates indicate that more than 53% of the market is illegal. That is, of all the cigarettes consumed in New York, more than half were a function of tax evasion and avoidance. The top five states for cigarettes smuggled also include California (48%), Washington (40%), New Mexico (36%) and Minnesota (36%). Michigan, home state of the Mackinac Center, has a smuggling rate of less than 20%.

Remarkably, despite New York’s lofty number 1 rank, legislation was recently introduced in Albany to hike the state cigarette tax by another $1.89, to $6.24 per pack. If adopted, our model indicates that the state’s smuggling rate would leap to almost 61% of the market and cigarette tax revenue would actually decline by 15% as a result of increased tax avoidance and evasion.

New York is not the only state considering raising cigarette taxes to raise revenue. In response to severe revenue shortfalls caused by the coronavirus pandemic, several states have suggested increasing cigarette taxes as a tool to recover revenue. However, state policymakers should remember that increased excise taxes on cigarettes would likely increase cigarette smuggling, which could lower revenue, as is expected in New York.

The largest movers in our new study include Rhode Island, which leapt from the 18th highest smuggling rate in the nation to eighth place (24%), and Connecticut, which moved from 11th place to seventh (26%).

The Mackinac Center study also measured smuggling from export states. The top exporter again this year was New Hampshire, with a rate of 67%. That is, for every 100 cigarettes consumed there, another 67 were smuggled out. New Hampshire doesn’t have particularly low cigarette excise taxes, but they are much lower than those in surrounding states. Idaho (27%), Wyoming (23%), Virginia (23%) and North Dakota (20%) round out the top five exporters.

The largest mover among export states is Delaware, which dropped seven places, reducing its export total from 41% to 12% of all consumption. The drop is likely a function of its 2017 tax increase, which made cigarettes there less attractive to smugglers. In last year’s study, only New Hampshire had a higher export rate. These two export states and Virginia should be watched closely in the coming years. On June 1, Massachusetts became the first state in the union to effectively ban the sale of menthol cigarettes (limiting sales to smoking bars for consumption on-site), which will make each state an even more attractive cigarette source state.

Lawmakers there are whistling past the proverbial graveyard. Simply prohibiting a popular product doesn’t mean it will go away. Instead it will enrich lawbreakers and law-abiding retailers and wholesalers in states where menthol cigarettes remain legal. Given what we know about the era of alcohol Prohibition, and given that Massachusetts already has a high cigarette smuggling rate, the Bay State may see a new tsunami of smuggled smokes coming its way.

There is also a legitimate question as to how much good the ban will do. A February study published by the National Bureau of Economic Research examined Canadian provinces that banned menthol cigarette sales. It found that youth and adult smokers simply found substitutes for menthols in other, nonflavored cigarettes or bought preferred menthols on Indian reservations.

In addition to all of this, states and local units of government have taken to banning other flavored products, including those used in vaping. It should not strain credulity to suggest that those products will also ride into illicit markets on established cigarette smuggling supply chains. Aside from fueling illicit trade, local bans also risk moving economic activity out of its taxing jurisdiction with no positive effect on public health. Duluth, Minn., effectively banned flavored tobacco sales by limiting them to adult-only stores in 2018. Research shows that menthol sales all but vanished in Duluth after the ban, but went up 156% in stores just one mile or less from the city.

Lawmakers in many states and localities repeatedly turn to cigarette excise taxes to raise money. They may try to do so again to fill recently drained coffers. They should reconsider. High cigarette taxes drive more than revenues; they often drive massive illegal smuggling and other unintended consequences.