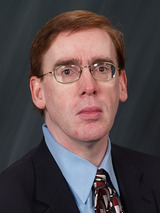 author@mackinac.org
John LaPlante is a contributing editor at the Mackinac Center for Public Policy, where he gives input for various publications, including Michigan Capitol Confidential and IMPACT magazine.
In addition to his contributions to the Mackinac Center, he has done editorial work for a number of state-focused think tanks and national advocates for policy change. He has written or edited reports and commentaries about government pensions, health care, K-12 education and other topics in public policy.
LaPlante has been published by media outlets such as the Detroit News, Minneapolis Star-Tribune, The Hill, USA Today and the Wichita Eagle. He has occasionally appeared on radio programs, including on Detroit's WJR-AM.
After earning a bachelor's degree in economics from Kalamazoo College, LaPlante earned a master's degree in political science from the Ohio State University.

Local governments in Michigan can’t keep extra cash from tax foreclosures, but state has other ways to claim money

MichiganVotes Tuesday: These 20 representatives missed the most votes last term

Michigan’s occupational licensing regime: not the best, not the worst

U-M should do more to respect due process, civil liberties group says

Rent control could be coming to Michigan mobile home parks

Things to consider before you dismiss DEI

MSU trustees back off from vendor lobbying proposal

In Praise of a Muskegon Inventor