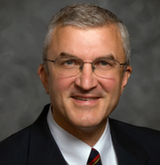 Stephen Safranek is general counsel for a national engineering and architectural firm. He has been a law professor at three Michigan law schools: the University of Detroit Mercy, Ave Maria School of Law, and Wayne State University. He specializes in contracts, constitutional law, and state and local government. Prior to teaching, Safranek was an associate at Latham and Watkins in Chicago and clerked for the Honorable Diarmuid F. O'Scannlain, United States Court of Appeals for the Ninth Circuit.

Safranek is well-published in law reviews and has often been interviewed on local and national television regarding constitutional issues (CNN, ABC, NBC, CBS). He has also been invited to be a scholarly speaker at numerous events throughout the country, including the University of Colorado (Rothgerber Lecture), University of Idaho (Ethics Lecture), and Wayne State University. He is regarded as the nation's foremost practitioner and scholar on the initiative and referendum process having successfully authored over 50 initiatives that are part of state constitutions.