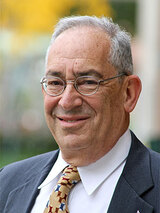 David L. Littmann is senior economist with the Mackinac Center for Public Policy, a research and educational institute headquartered in Midland, Mich., and the largest state-based free-market think tank in the country.

Littmann retired from Comerica Bank in early 2005 as senior vice president and chief economist after a 35-year career in charge of Comerica’s Economics Department and Research Library. He authored a host of business barometers and developed many leading indicators for the local and national economies and from tourism to the auto industry.

Littmann received the 2003 Lawrence R. Klein Award for Blue Chip Forecast Accuracy. This is one of the most prestigious and long-standing awards in the profession. It recognizes the best four-year economic forecast in the nation. In 2004, Littmann was honored by the state Chamber of Commerce as Michigan’s man of the year for outstanding leadership and contributions. His research articles on the causes of inflation were published in Business Economics, the professional journal of the National Association of Business Economists.

For three decades, Littmann was a featured columnist for the Detroit Regional Chamber. The Wall Street Journal, The Detroit News and dBusiness Magazine continue publishing his editorials, and his book reviews appear in Ideas On Liberty, the journal of the Foundation for Economic Education.

Littmann served as chairman of the Economic Advisory Committee of the American Bankers Association in Washington, D.C., where he met regularly with governors of the Federal Reserve Board. Over his working career, Littmann held positions at all levels of government, served as a director of Nixdorff-Krein Industries in St. Louis, MO., and was a trustee of the Bloomfield Hills School District.

His contributions to the economics profession and public policy are now archived in the Bentley Historical Library collection on the University of Michigan campus.

Littmann, married 47 years, has 3 children, 7 grandchildren and resides near Holly, Mich. He is a practicing, certified graphologist, holding positions of Midwest vice-president, historian, and Board of Trustees chairman for the American Association of Handwriting Analysts. He is the author of several research articles identifying leadership qualities in handwriting.

The Archer Administration: A Commentary at Year One